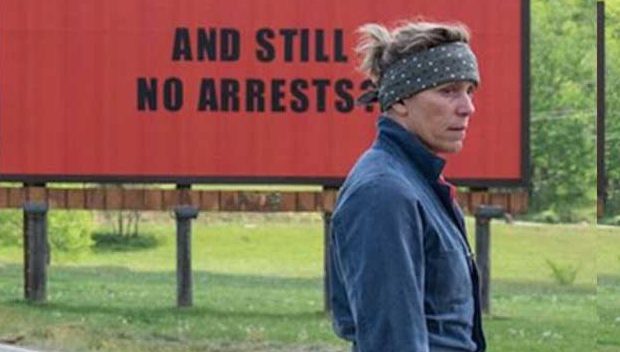 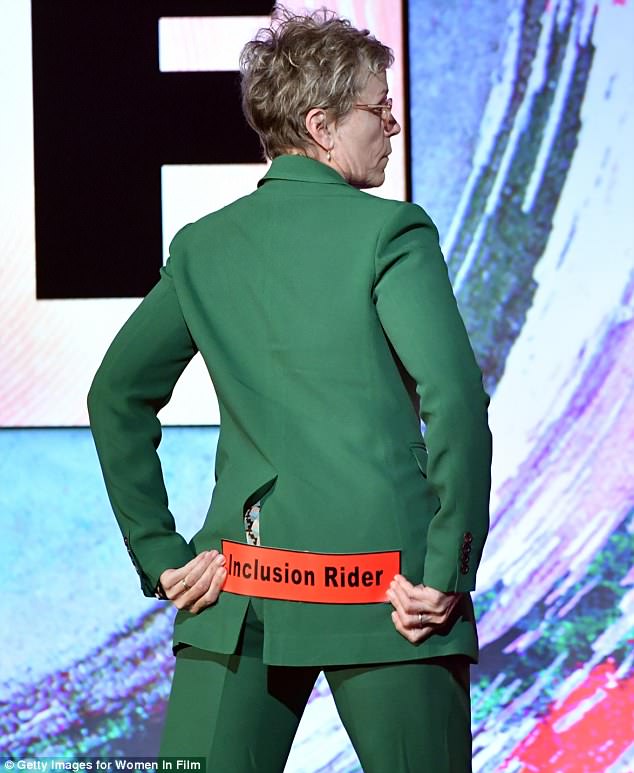 Two time Oscar winner Frances McDormand, true to form, ran the show last night at the Women in Film Crystal + Lucy Awards.  A spy told me that before the show at the rehearsal, Frances “took over, and kindly made sure that it all went to the way she wanted it to.”

Which was a smart move on her part, because the powerhouse commanded the stage. She hammered her point on the term inclusion rider (she made sure to do a little dance with the inclusion rider bumper sticker on her behind) that she spoke about when she garnered her last Oscar this winer for “Three Billboards.”

She said:  “I usually have a script, but now I’m improvising.” She then explained her advocate history. “I became a feminist in 1972 when I was 15.   Someone told me that the definition of a feminist was equal pay for equal work.  I was also told I could have it all.  Well lo and behold I have, but many don’t.  We’re still fighting for equal pay, but I have this feeling in my gut that times are changing.”

McDormand gave UTA partner Blair Kohan credit for bringing up inclusion riders to her at a dinner party right before the Oscars.  Frances continued, “if I may use a sporting metaphor; if you want to go fast, go it alone.  If you want to go far, do it together.  Can we successfully legislate morality?  Perhaps not.  But we can ask our better selves to go forward together, to take us farther than we have gone before.”

She then introduced the author of the rider, Dr. Stacy L. Smith, who advised the crowd to, “support women, champion women and unequivocally tomorrow, start hiring women.”  She was followed by Channing Dungey the ABC Entertainment president.  Accepting the Lucy Award for Excellence in Television,  Dungey did not address the recent Roseanne debacle by name but did say that, “When we see things that are happening around us that are counter to our values and our beliefs, our actions must match our words.”