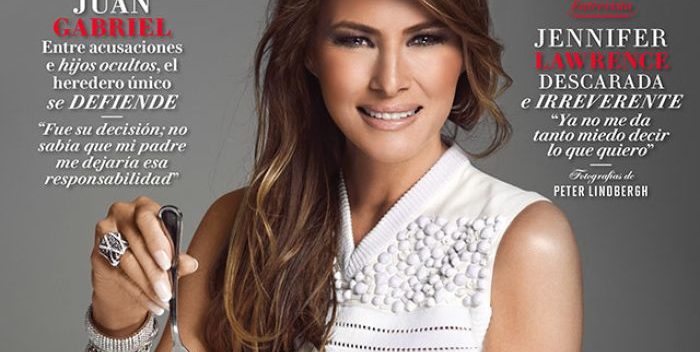 EXCLUSIVE Everyone is wondering where Melania Trump is. She’s 20 days MIA after having surgery to remove a benign tumor in her kidney.

So where is she?

A pretty well informed source has offered me this theory. “She’s taking care of her mother.” That’s Amalija Knavs, who turns 73 in July and is — I can tell you this exclusively– battling a pretty serious illness.

“They’re all at Bedminster,” the source says. “Melania, her parents, Barron when he’s not in school. She’s (Melania) not in the White House.”

Apparently, the Knavs (or is it Knauss) have a house on the Bedminster property, right next door to Jared and Ivanka. It’s like the Brady Bunch!

But it’s really more of a sign of devotion to her parents. The Knavs were last seen in public on May 2nd, when they received their permanent American citizenship thanks to chain immigration. Because Melania became a citizen, so thusly did her parents. It’s the American way unless Donald Trump doesn’t like your skin color or religion.

That’s a tough time for Melania, though, dealing with her own illness and taking care of her mother. Good luck to her!