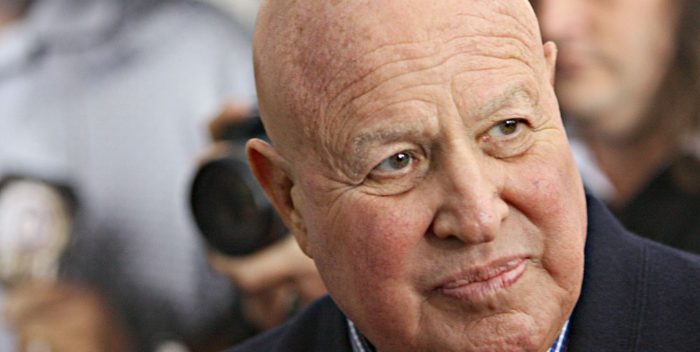 Just type his name in on Twitter and you will see endless tributes today to Paul Bloch. The courtly publicist of Rogers & Cowan on the West Coast was 78 years old. He was beloved by everyone.

Paul represented Sylvester Stallone, John Travolta, Bruce Willis, Arnold Schwarzenegger, Eddie Murphy– the Planet Hollywood guys. He had loads of other clients, too, was acknowledged as the leader at R&C, particularly when Warren Cowan left.

He was no pushover, but Paul treated the whole enterprise with respect. For a long time, he and the late Lois Smith were my tent poles (she was at PMK), wise beyond their years, with long histories in show business and a real love for it.

So many people will say Paul mentored them– and it was true. And you learned a lot from listening to him and paying attention. Back at Fame magazine in the late 80s, I did great covers with him Willis, Stallone, and Cybill Shepherd. That’s pretty much how we met. And whenever I needed to pick his brain over the years, get some insight, etc. he was there. He was also one of the few people you really looked forward to seeing at awards shows, events, whatever.

So many of the publicists now will try to throw a body block when they see you even talking to a client (very rude– just happened in Cannes). Paul was the opposite. Just in the last few years we were at something with Eddie Murphy. Paul said  to me, “Did you see Eddie? Did you talk to Eddie? Let me get you over there.” This is all but gone now. But Paul worked on relationships. He forged them, nurtured them.

I will miss his laugh, his New Balance sneakers (I wear the same ones), and his guidance. At a time when Hollywood seems to the outside world like a hot bed of scandal, here was one of the really great guys.