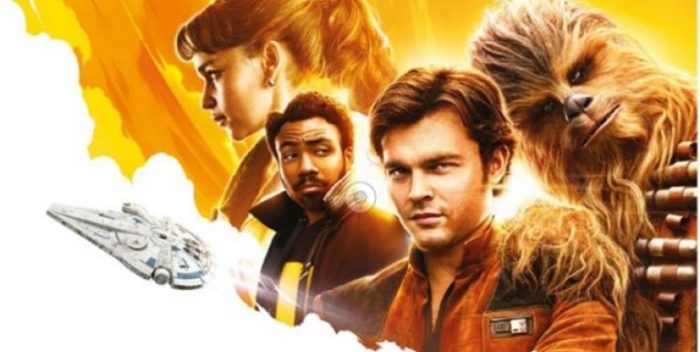 A lot of people are rooting for “Solo: A Star Wars Story” to fail this weekend at the box office. Sorry, not going to happen.

Last night “Solo” broke a Memorial Day weekend preview record with $14.1 million. It picked up another $11 million internationally. It’s off to an excellent start.

Boxofficemojo points out that “Solo” beat “Pirates of the Caribbean: At World’s End” for the preview title. That movie went on to have a $139 million Memorial Day weekend opening.

Everyone wants something different from “Solo.” And the nitpicking against it is hilarious. Ron Howard is a terrific director. He kept the parts of Phil Lord and Chris Miller’s movie that worked, and re-filmed the rest of it. The big set piece where Han meets Chewie Howard kept. He wasn’t going to chuck it just because it wasn’t his.

“Solo” is very entertaining and ends with a cliff hanger that brings back an old “Star Wars” villain. There will be two more “Solo” movies. Get used to it.

Internet trolls won’t be satisfied until they’ve snuffed out everything in every genre from movies to TV to music. Try making a movie– on your iPhone, maybe– and see how far you get.