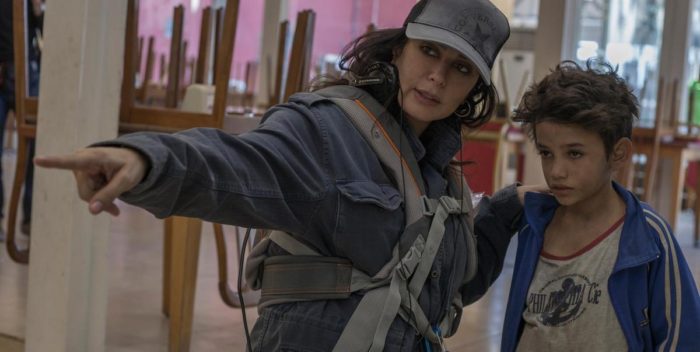 Last night in the Palais, at last a real 15 minute  standing ovation and genuine love for a film– Nadine Labaki’s “Capharnaum,” in the tradition of movies like “Lion” and “Slumdog Millionaire.”

This could mean trouble for Spike Lee, whose “Blackkklansman” was the only other big hit of the festival in competition. This year’s theme is the Year of the Woman, and Cate Blanchett is in charge, with Ava Duvernay and Kristen Stewart all looking for a reason to award a female director on Saturday.

How will Lee and Labaki divvy up the prizes? Now we have a real horse race.

The audience last night was euphoric when “Capharnaum” ended, and rightly so. Sony Pictures Classics could have a best foreign language film in their hands, and maybe a Best Picture nominee– it’s that good.

The story focuses on 12 year old boy and a toddler who are on the run in the Beirut slums. The boy has run away from his negligent parents and is now suing them for emancipation. In flashbacks we see what happened when he left. It sound simple enough, but “Capharnaum” is exceptional, also recalling “City of God.” No smart movie goer in the world will want to miss this.