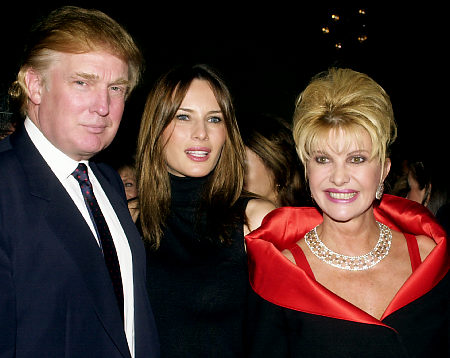 I’ll bet right about now, French president Macron and his wife are wondering why they came to the White House. It wasn’t to meet Donald and Melania.

The Macrons were thinking they were guests of honor at a White House state dinner, the kind thrown by the Obamas or the Clintons or even the Bushes. Emmanuel Macron thought he’d be sitting next to Shirley MacLaine or Jessica Chastain. Mrs. Macron envisioned George Clooney or maybe Robert Redford.

Maybe Sting would be performing, or Aretha Franklin.

Instead, the Macrons didn’t meet one movie or pop star tonight. No one from Hollywood came, no one from TV or the media except maybe Rupert Murdoch. No Diane Sawyer, no Oprah, no Tom Brokaw.

There were no painters, sculptors, artists, musicians of any ilk. America, the country that exports its culture around the world, couldn’t turn up one member of even the literary world to meet the Macrons. There wasn’t even a famous French chef from America, even with all the cooking shows.

No, the state dinner tonight comprised a guest list of Republican senators and congressmen, dry dignitaries, no one the Macrons could even gossip about in Paris.

What? No Ted Nugent? No Scott Baio? What about Trump’s “good friend” Sylvester Stallone, who told him–l0l–about the boxer Jack Johnson?

Apparently, everyone was busy. Tuesday night, you know. Even Roseanne Barr was tied up. And Kanye West? They’re running around the Kardashian home right now with a big fish net and a tranquilizer gun.

“I thought we’d at least get to meet Ivana or Marla,” said Mrs. Macron to no one, because I made it up. Maybe.