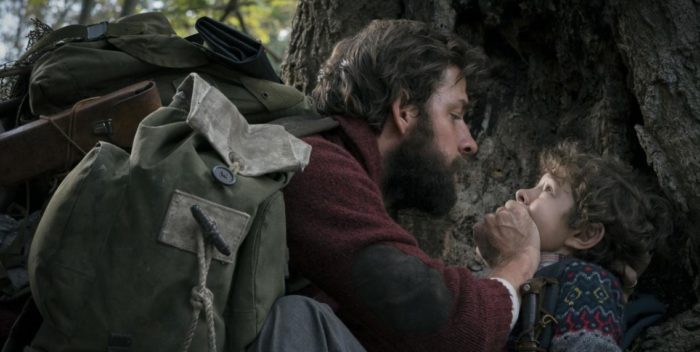 This week’s box office looks a lot like last week’s. “A Quiet Place” is number 1 with $22 million, beating “Rampage,” held over from last week. The only difference there is that “Rampage” is slowing down while “A Quiet Place” is doing better than ever.

The new movies this week didn’t fare so well. Amy Schumer’s “I Feel Pretty” really collapsed after Friday. The total for the weekend is $16 million. The comedy brought in $6 million on Friday and Saturday each but couldn’t do an equal multiple for Sunday. Not good. No one knows what this movie is. Schumer’s “Trainwreck” had a $30 mil opening, “Snatched” with Goldie Hawn was at $19 mil, so the trend is not up. Au revoir.

“Super Troopers 2,” lucky to be made at all, did $14 million. Who knows if the total interest in this has been exhausted? The original “Super Troopers” made just under $19 million total in 2002.

The biggest news on the chart is that “I Can Only Imagine,” a Christian based movie that only cost $7 million and you’ve never heard of it, is up to $80 million. It’s based on a Christian pop song and stars Dennis Quaid, with a cameo from the legendary Cloris Leachman. Go figure. There are only 23 reviews on Rotten Tomatoes. Sixteen liked it, seven didn’t, the latter were all regular reviewers. Doesn’t matter.