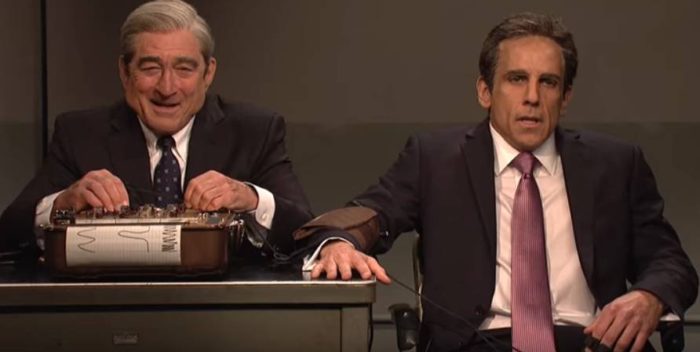 Robert DeNiro andBen Stiller were the surprise guests last night in the cold opening for “SNL.” They re-created their “Meet the Parents” scene in which DeNiro gives Stiller a lie detector test– this time they played it as special prosecutor Robert Mueller and Trump Michael Cohen. When asked if he was a lawyer, the embattled Cohen replied “–ish.”