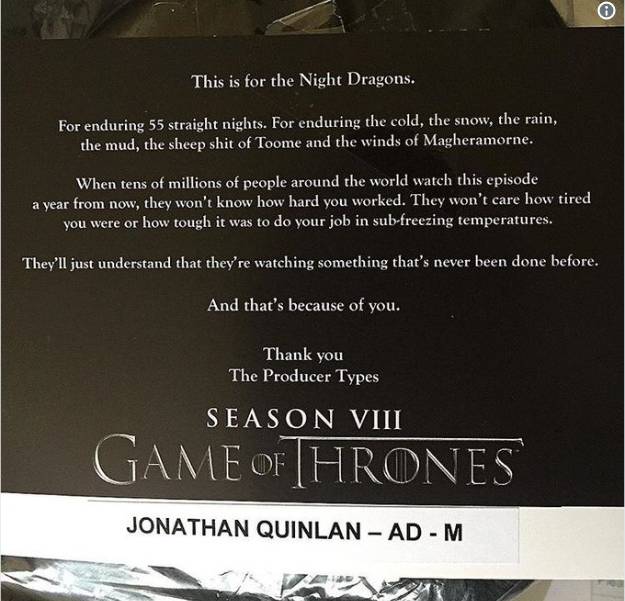 Word has spread from “Game of Thrones” that the show has finished filming a 55 day battle scene, its biggest and longest ever, and presumably the finale to the series.

Website winteriscoming.net (who knew there was such a thing) captured a printed thank you card sent by producers to the cast and crew when it was all over. The image was found on Assistant Director Jonathan Quinlan’s Instagram page. (Since deleted and Quinlan is being held by Diana Rigg in a dungeon somewhere.)

It’s not a huge spoiler– we know “Game of Thrones” is going to end with a huge blow out, followed by Jon Snow and his half-cousin or sister Daenerys getting it on while their kids play outside, but still, cool to know…

After 55 nights, #GameOfThrones is finally done filming the longest battle in the show’s history

The previous record was for ‘Battle of the Bastards’ which took 25 days to film pic.twitter.com/HJCVpRCR10