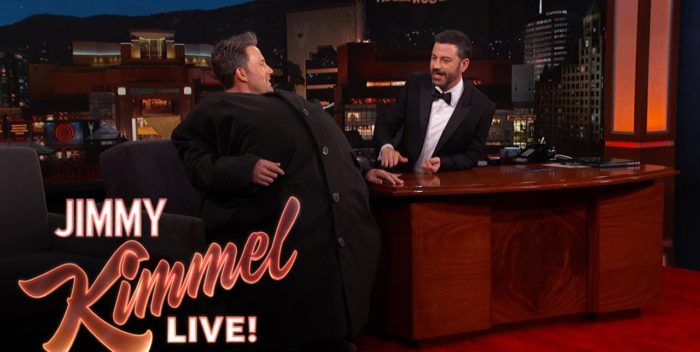 Jimmy Kimmel has taken the high road. He’s standing down in the ridiculous feud with Sean Hannity. Things got so out of control on Friday that Hannity spent the first 20 minutes of his show denouncing Kimmel. Even Fox News didn’t like it– and cut the whole bit from the online version of Hannity’s show til it was itself just 20 minutes. Hannity got to the point where he was slamming Kimmel as a “pervert,” resurrecting years’ old clips from “The Man Show,” and referring to him as “Weinstein Jr.” which made no sense whatsoever. Kimmel egged him by saying Hannity was obsessed with him. 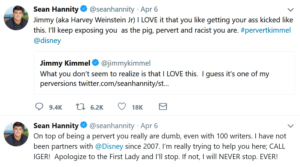 The root of the feud came from Kimmel making fun of the accent of First Lady Melania Trump. Hannity demanded Kimmel apologize to her– for publicity. Now Kimmel has declared the whole thing over. Let’s see how Hannity responds.