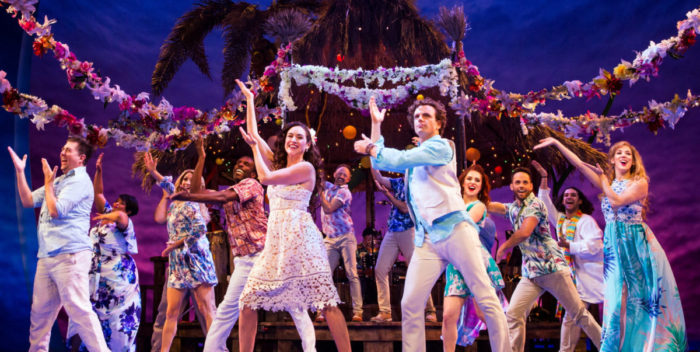 Broadway was booming this week, up $20 million since mid February when things looked bleak. Most every show is doing well, or well enough. “Chicago,” running since 1830, has a new lease on life thanks to Valerie Simpson’s guest shot.

This cannot be said of Jimmy Buffett’s “Escape to Margaritaville.” The jukebox musical was roundly panned when it open a couple of weeks ago. Since then, audiences — except for Buffett’s hardcore fans– have stayed away.

Last week “Margaritaville” made just $600,000 in a house that could yield $1,752 million if it sold out. Just 34% of the seats are filled. The show is playing at 60% of its financial capacity. You can hear the parrots crying in the balcony.

So many shows have died in the cold and forbidding Marquis theater in the Marriott Marquis Hotel. “Margaritaville” doesn’t belong there. It’s way too big even if it’s in a tourist hotel that should feed it some natural audience. Buffett’s musical should be scaled all the way down and playing over on West 50th St. off Broadway at New World Stages.

At this rate, the sun is going to set on “Margaritaville” well before the Tony Awards. In three weeks we’ll have a lot of different nominations announced from various groups. When this show strikes out, the closing notice will go up. And everyone can have one last stiff drink.