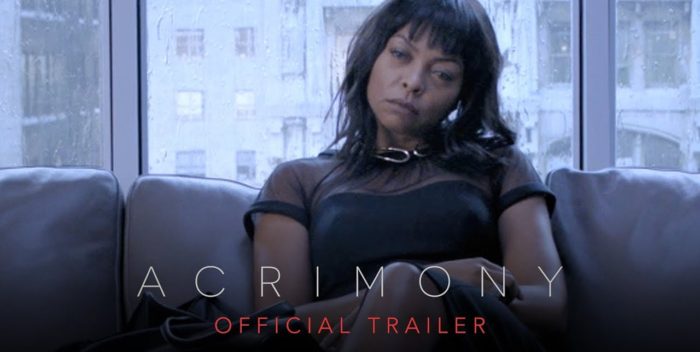 The weekend box office has a lot of nice Easter eggs for everyone.

Steven Spielberg made a triumphant return to the top of the heap with “Ready Player One.” SS scored $41.2 million for the three day weekend, and a total of $53.2 million since Wednesday when previews began. It’s Spielberg’s biggest opening since “Jurassic Park” and “War of the Worlds.” In between he made Oscar fare like “Lincoln” and “The Post.” It wasn’t like he sloughing off!

The other nice box office news is that Taraji P. Henson led “Acrimony” to a $17 million weekend. Wow!
An Oscar nominee for “Benjamin Button” and the star of “Hidden Figures,” Taraji has spent the last few years having fun on Lee Daniels’ hit TV show “Empire” as the wily Cookie. But she is the real deal for movies and this proves it. “Acrimony” is a Tyler Perry movie, and the biggest one in five years that doesn’t feature his trademark Madea character. I haven’t seen “Acrimony” but Taraji looks pretty serious from the photo. In real life, she is so much fun and one of the nicest people ever. Bravo!

Good news part 3: Wes Anderson’s “Isle of Dogs” has made $5.9 million in 2 weeks in limited release. This wonderful, whimsical film deserves all the love it gets. I can’t wait for more people to see it.