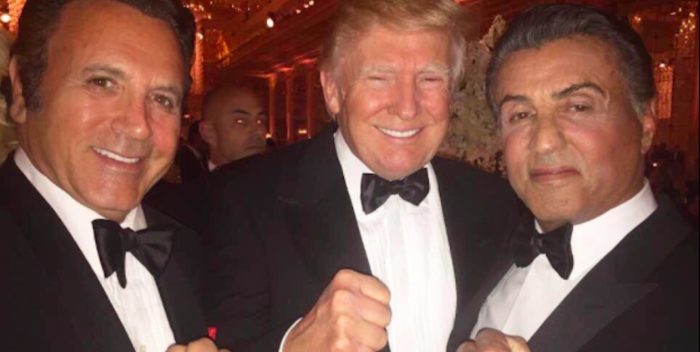 Frank Stallone was more known to us in the 80s and early 90s before he faded into obscurity. He’s the brother of Sylvester Stallone.

Today Frank Stallone is being unanimously criticized for for this message he Tweeted about David Hogg, 17 year old activist thanks to the mass shooting (and killing of his friends) at Marjorie Stoneman High School in Parkland, Florida: “This David Hogg pussy is getting a little big for his britches. I’m sure someone from his age group is dying to sucker punch this rich little bitch. Watch him run home like the coward he is. He’s the worst rep for today’s youth headlining grabbing punk”

Frank Stallone doesn’t matter to anyone. He’s not important. (Sylvester Stallone, I assure you, doesn’t represent these ideas.) But there it is– what a segment of the population to whom Laura Ingraham appeals think about the brave, outspoken Parkland students who’ve actually spoken up about a mass murder that took place in front of their eyes. THEY do matter. These are Roseanne’s people, which is what makes the success of her show– and her idiotic, ill informed Tweets– so much more dangerous.

Internet archivists are reposting a newspaper clip from 1986 mocking Frank. He was accidentally hurt in a gun store during a demonstration and sued the owner for $1.2 million. He calls Hogg a “pussy” but Frank was the pussy, as it turns out. And this was in BEVERLY HILLS, not exactly the Wild West or mean streets of Brooklyn. LOL