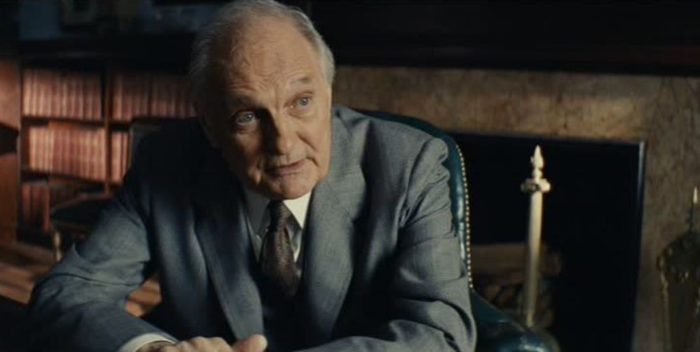 EXCLUSIVE There’s no mention of the character on the IMDB, but I’m told Noah Baumbach’s untitled Netflix comedy has one more actor in the story.

I’ve confirmed that the great Alan Alda — last seen in Steven Spielberg’s “Bridge of Spies” — filmed a rather large role in the film, which stars Adam Driver, Scarlett Johansson, Greta Gerwig and Laura Dern among others.

The film is the follow up to Baumbach’s excellent “Meyerowitz Stories” that missed awards season for a variety of reasons.

I’m told that Dustin Hoffman, who was so amazing in “Meyerowitz,” was supposed to be in the new movie but had to bow out for scheduling reasons. (Hoffman may be taking a break after getting smeared by #MeToo accusations.) It is hoped we’ll see the two time Oscar winner again, soon. In any case, this is not, I am assured, a Christopher Plummer type situation.

Netflix is set to release the Baumbach movie in November.

PS Note to Screen Actors Guild: Alan Alda should be your next Lifetime recipient next January. What a career– from “MASH” to a terrific movie career acting, writing, and directing.