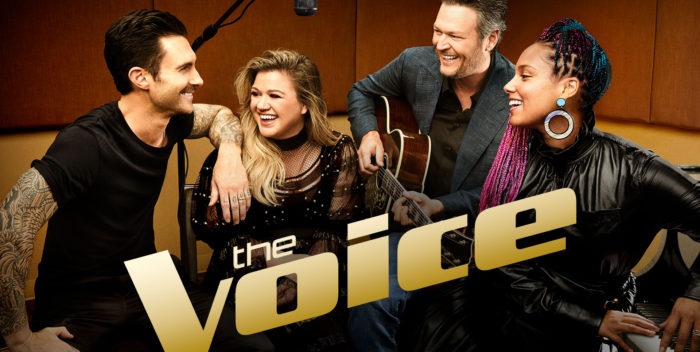 It does seem like the competition between “The Voice” and the new “American Idol” is turning into a weekly war won by the former not the latter.

On Monday nights, “The Voice” and the second night of “American Idol” overlap these days. And each time “The Voice” wins by 3 million viewers.

Last night was no exception. Again, “Idol” came in around 7.6 million viewers. “The Voice” had 10.3 million million. It’s give or take, but you can see the pattern from week to week. “American Idol” has found its audience on ABC. It’s about half of what it used to have on Fox in its heyday. The “Idol” audience skews older too.  It’s like an old comfortable slipper. “The Voice” is the new shiny penny. (Lots of cliches here.) The audience is a little younger.

Let’s be clear: neither show is hip. They are each serving mainstream, very broad entertainment. None of it is cutting edge.

But “The Voice” looks more like a game show. The judges’ chairs move around. It’s more about the production than the players. “Idol” still seems more like an earnest attempt to find really good singers. And so you make your choice.