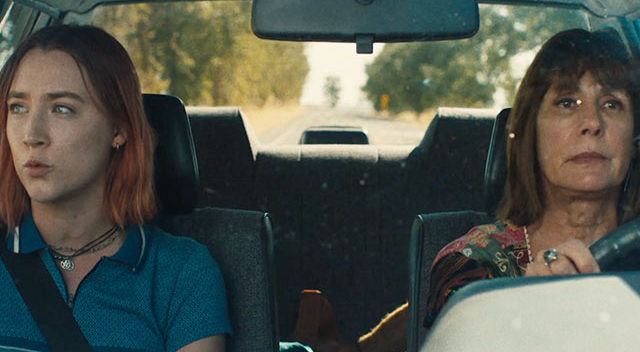 Original partner John Hodges is abruptly leaving mini-studio A24 after starting it in 2012 with David Fenkel and Daniel Katz. The departure was the talk of the town yesterday because in 2017 A24 won the Oscar with “Moonlight.” This past year, they gave us prestige films like “Lady Bird,” “The Disaster Artist,” and “The Florida Project.”

A24 wants to be the new Miramax, except without the sexual harassment stuff. But the old Miramax was owned by Disney, which poured $750 million a year into the coffers so Harvey and Bob Weinstein could put their good taste (in films) to good use. A24 has financing, but it doesn’t have those deep pockets. And it showed this past Oscar season.

“Lady Bird” made $49 million and became their highest grossing film. But A24’s total for 15 films released in 2017 was $102.3 million. So most of that was from “Lady Bird.” Their second highest grossing film was James Franco’s “The Disaster Artist,” which was nipped in the bud at $21 million just as award season took off. The only other A24 entry to make more than $6 million was a horror film, “It Comes at Night.”

After that it was all downhill. “The Florida Project,” which should have done better, eked out $5.9 million. Like all the A24 films, it picked up nominations but no wins for Oscars or Golden Globes. Most people have never heard of “The Florida Project,” which is a shame since it was so very good. A24’s fifth biggest movie was “The Killing of a Sacred Deer.” There was buzz from Telluride, the film vanished in Toronto and was never heard about again. The total: $2.3 million. And adios.

Of the 10 remaining films, one– “Good Time”– also picked up early festival buzz for Robert Pattinson, then sank like a stone. Remember when all the prognosticators said it was Pattinson’s year? Uh huh.

Will A24 be sold? That’s the big question now. Everyone’s rooting for a clutch of films coming shortly: Adam Rifkin’s “Last Movie Star” with Burt Reynolds, plus “Under the Silver Lake,” “Lean on Pete,” “Hereditary,” “How to Talk to Girls at Parties.” One of them must break out big time. Two of them– and well, uncork the Champagne!