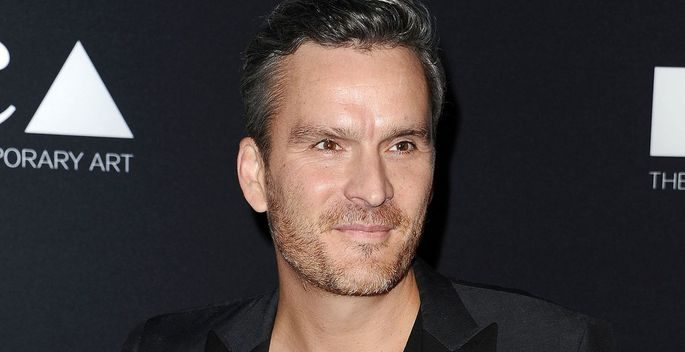 Here’ s a little Hollywood irony: while reports circulate that one member of the Getty family is threatening legal action over Danny Boyle’s wildly good new F/X mini-series, “Trust,” another member of the clan wanted to be in it. That would be actor Balthazar Getty, great grandson of J. Paul Getty (played in the show ferociously by Donald Sutherland).

Believe it or not actor Balthazar, whom you’ve seen in TV’s “Brothers & Sisters” and other shows like the recent “Twin Peaks,” is the son of J. Paul Getty III, the very same subject of the new TV series “Trust” and this winter’s “All the Money in the World.”

Now, insiders from “Trust,” a very hot about-to-debut mini-series on F/X, tell me that Balthazar– who must live with his family legacies while we just snark about them– inquired about acting in the show about his father’s kidnapping and his great- grandfather’s notoriously cold response to the situation.

Meantime, it’s being reported that Balthazar’s aunt, Ariadne Getty, sister of his father, has hired cage-rattler Marty Singer to scare F/X with letters claiming the mini-series is defamatory. She obviously hasn’t talked to her nephew. Ariadne thinks the show suggests they were all in on the kidnapping. But it’s pretty clear from what we saw the other night that the Gettys were not at all involved. Singer makes a lot of noise, but after “All the Money in the World,” I can’t imagine there’s a case here.

So who would Balthazar have played? “It didn’t get that far,” says the insider. “We just thought it was too creepy.”

Maybe. But Balthazar, who’s a pretty good actor, is exactly the right age to have played his grandfather, Eugene Paul Getty. Instead, the role went to Michael Esper, who starred in Sting’s “The Last Ship” on Broadway. Esper is excellent. But imagine the PR possibilities of Balthazar in this series.

PS Someone should write a movie in which all the actor children of famous stars play their parents in a Hollywood tale. That’s what they call meta- meta!