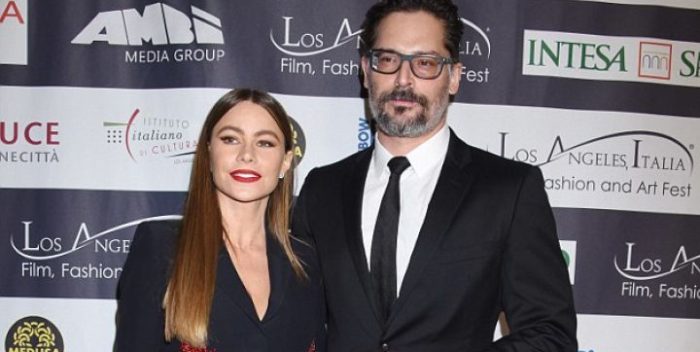 Joe Manganiello is best known as a vampire from “True Blood” and a male stripper from “Magic Mike.” But did you know his back story? At the recent 13th annual 2018 L.A Italian Film, Fashion and Art Fest, Manganiello joked that the best thing about receiving a Lifetime Achievement award was pretty basic. “I’m so grateful to be in a room where people can pronounce my last name,” he quipped.

Joe went on to explain his family heritage in Naples. “Manganiello has many meanings but one of them means the bully stick that the cops use. You know the kind they beat people up with.  But we were on the right side of the law. Then my family came to America and married into the Bonanno crime family.  So the criminal and police married and came up with me.”

The popular founder of the festival, Pascal Vicedomini, honored Manganiello and songwriter Diane Warren. He knows his movies and knows how to put on an over the top — it’s Italian after all — awards show. He also screened the 2018 Italian comedy hit,  “Hotel Gagarin,” before that awards were given out including to Joe Manganiello and songwriter Diane Warren.

Joe’s wife, the glamorous Sofia Vergara, was the epitome of graciousness and greeted  each one of the passionate (again they are Italians) guests. Maria Bello, a chairperson of the fest, gave an award to songwriter Diane Warren who got robbed once more by the Academy by not winning an Oscar for her 9th nomination, for the phenomenal song “Stand Up For Something.” 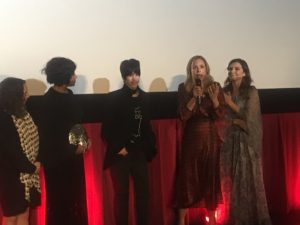 Warren received the only standing ovation of the night.  Maria noted, “This song has become a revolutionary song for this generation for those who are using their voices and saying ‘no more.”  Diane then hit back. “We’re not taking it anymore.  This is dedicated to everyone who is standing up.”

The fest honored “Call Me By Your Name,” director Luca Guadagnino ,Producer Marco Morabito and was joined by the esteemed  Italian Counsel General Antonio Verde.  The L.A. Italia’s sister events are Capri-Hollywood-The International Film Festival which takes place each December and the Ischia Global Film & Music Festival, which takes place each July.  Fantastico!