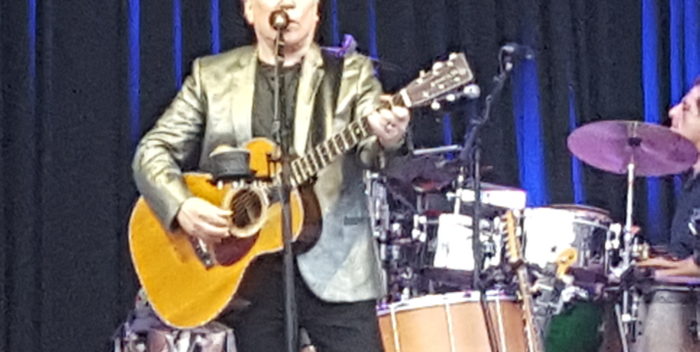 I can’t believe it, but Paul Simon really is retiring from performing. He’s just announced his last tour dates including two finales at Madison Square Garden. Those two dates are September 20 and 21. The last last one is September 22nd, which feels like it’s going to be a return to Central Park and would  feature Art Garfunkel after some tricky negotiations. Of course, they’re playing with the weather. But the original 1981 Central Park concert took place on September 19th– thirty seven years ago. Wow. The recording of that show and the DVD are still huge best sellers.

So why go to the paid shows at the Garden? Simon will obviously feature other guest stars that won’t be in the park– the range could be from Paul McCartney and Billy Joel with many others. Garfunkel would be the icing on the cake for the park reunion. I’m just theorizing but it seems like Central Park would be the TBA on their schedule. It certainly won’t be the White House. The only other possibility would be Forest Hills Stadium, which would bring it all back home. But I’m guessing the Park because of the anniversary.

In a statement Simon said: “I’ve often wondered what it would feel like to reach the point where I’d consider bringing my performing career to a natural end. Now I know: it feels a little unsettling, a touch exhilarating and something of a relief. I love making music, my voice is still strong, and my band is a tight, extraordinary group of gifted musicians. I think about music constantly. I am very grateful for a fulfilling career and, of course, most of all to the audiences who heard something in my music that touched their hearts.”