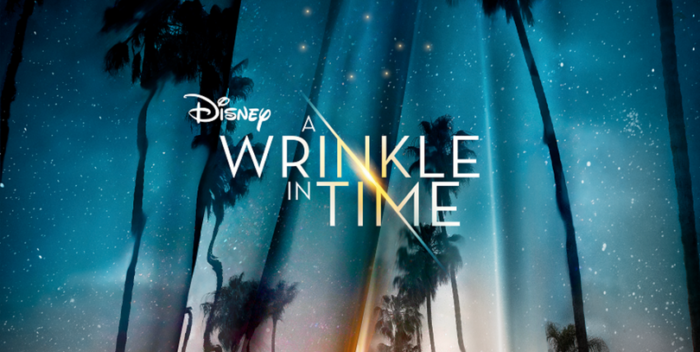 Ava Duvernay’s “A Wrinkle In Time” opens Friday– something you would know even if you lived on Mars. The promotional campaign budget is like something that rivals that of a G7 nation. There isn’t an existing being in any universe that doesn’t know about Oprah and Reese and Mindy and now even Sade.

“Wrinkle” is directed by Ava Duvernay and “Wrinkle” Jennifer Lee, adapted from the classic novel written by Madeline L’Engle in 1962. It’s Duvernay’s first narrative feature since her excellent “Selma.” On the way, she’s given us the Oscar nominated documentary “13th” and the hit mini series “Queen Sugar.” Duvernay, who began her career as a publicist (and a good one), has become a cause to reckon with, a brand name, and a popular member of the “new” Hollywood generation.

We really want to love “Wrinkle” because it’s from a female director working with the biggest budget yet. So the good things are what I looked for first– Storm Reid is terrifically appealing playing Meg, the tortured teen missing her scientist Dad (the likeable Chris Pine). Gugu Mbatha-Raw is truly lovely as her Mom.

And this is basically what happens: Three celestial beings show up in Meg’s backyard (played by Oprah Winfrey, Reese Witherspoon and Mindy Kaling) to help Meg and her brother Charles Wallace –with their friend Calvin– to fight against a mysterious evil entity and find their missing Dad in the cosmos.

Visually ambitious, the film is commendably faithful to the book. The problem is that the film is scattered and at times overly preachy, without the whimsy or the pure enchantment of the source material. Witherspoon valiantly tries to inject humor, but she’s not helped by the flat script. Oprah is Oprah, like she is on “Super Soul Sunday” — kind of a vibrant cheerleader. It’s far from her best acting in movies like “The Butler” or even “Selma.” Kaling tries but just seems out of place. It’s not their fault because the film, for the most part, doesn’t flow. It’s jarring and you kind of never know where you are in the story.

Duvernay is grappling with a difficult narrative that doesn’t gel until late in the book– and now the film. It’s only in the third act that “Wrinkle” comes together and is genuinely touching, but it’s a shame Duvernay and Lee didn’t integrate those qualities from the first shot. Another problem is that because younger audiences are probably not as familiar with the book as other Disney films, this film needed to be easy to understand and fun to watch. With the scarcity of humor and the confusion of it all,  the enjoyment factor is a bit elusive at times.

This doesn’t mean “Wrinkle” won’t bring audiences, especially this first weekend. Young girls especially will love to watch Meg come into her own. And that is sincerely wonderful to watch. Duvernay is a gifted filmmaker, but this Herculean task of making such a quirky book into a film, even with the noblest of intentions — which the film does strive for — ultimately the pieces just don’t quite come together. A valiant, admirable effort though for all those involved.