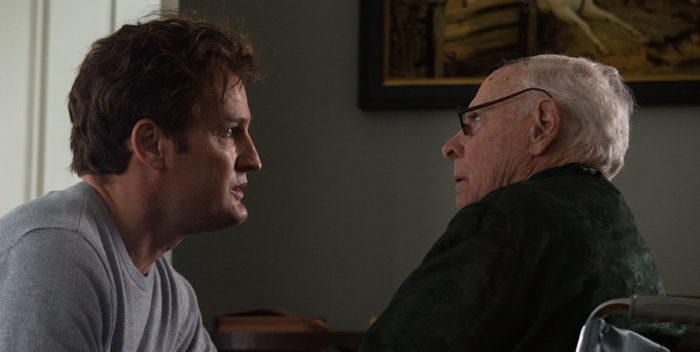 I think John Curran’s masterful “Chappaquiddick” was shown once in Toronto for a handful of critics and distributors. Byron Allen was very smart to pick it up for his new Entertainment Studios Motion Pictures company–it’s going to be a big hit. What he could never have predicted back in September that by now the movie would have a whole new layer of meaning: Mary Jo Kopechne, left to drown in the waters of Martha’s Vineyard in July 1969, was the first #MeToo victim. Her death, suggested here as caused by the late Senator Edward Kennedy, is the paradigm for everything being discussed today.

Curran has made a couple of movies I really liked– “Tracks” with Mia Wasikowska and Adam Driver, and “We Don’t Live Here Anymore” with Mark Ruffalo and Marisa Tomei. He’s Australian and almost 60, so his sensibility is outsider and his interests would be the Kennedys and how power corrupts. The Australian part is lucky because he’s brought Jason Clarke along as Ted Kennedy, and it’s a powerful performance that should put him on early awards lists. Clarke was borbn to play Teddy as it turns out.

“Chappaquiddick” refers to a scandal that in hindsight is stunning that it didn’t end Kennedy’s political career– or put him in jail. Let’s say you’re a fan of Kennedy for everything but this episode. Still, on a boozy summer night — the same weekend that Neil Armstrong walked on the moon–a married but philandering Teddy drove his car off the Chappaquiddick bridge with Mary Jo Kopechne (astute performance by Kate Mara, she’s excellent), a young secretary who’d worked for his late brother Bobby, at his side.

Were they screwing, or just driving around, drinking, having a grand time? No one knows. But the car went into the water and turned upside down. Teddy escaped and did not try to save Mary Jo. He return to the party house where he and friends had been whooping it up, found two of his sycophants (Ed Helms and Jim Gaffigan), brought them back to the scene of the accident. By then, Mary Jo had certainly died.

They never reported the accident. Instead, they created massive cover up that presaged Watergate. The car and Mary Jo were discovered the next morning by passersby. Curran peels the cover up like an orange, and it’s beautiful to watch. Clarke portrays Teddy so ambiguously you almost can’t tell if he’s calculating, stupid, just a lost man child. The result is you can’t take your eyes off of him. Teddy’s scenes with his father– Joe Kennedy after a stroke, wheelchair bound, wordless perfection from Bruce Dern–are riveting.

The Kennedys will not be happy. They may try to kill this film. (In 40 years no one has even tried to tell this story accurately.) Allen will have to present quite a PR front and solid distribution. This isn’t a tabloid story. Curran is damn serious.  If Mary Jo as #MeToo victim takes off, the movie will click. This really happened. Ted Kennedy–using his brothers’ assassinations for sympathy–convinced the world that he just didn’t know what happened to this beautiful, smart young woman. “Chappaquiddick” is quite stunning.

Release date is April 6th. More to come, oh yes, when we get closer…