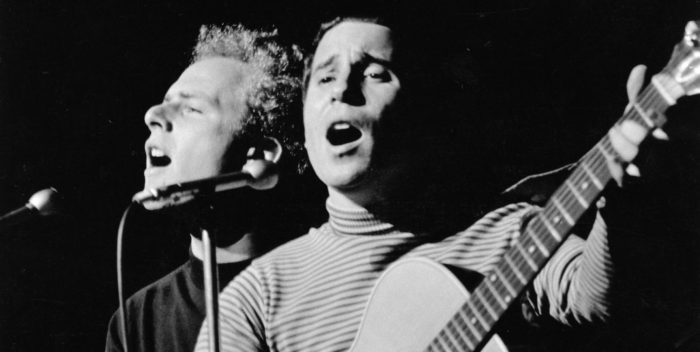 Paul Simon wrote “The Sound of Silence” a really long time ago– like more than 50 years ago. It was a hit for him and Art Garfunkel in 1966 and it’s never gone away.

“SOS” is number 2 this morning on iTunes and number 4 on Amazon because Olympic ice skaters have been using it for their performances. On BuzzAngle, “SOS” has sold around 15,000 copies in downloads and streams in the last couple of days.

It’s funny. When Simon & Garfunkel first released it in 1964, “SOS” was a folk song– and a failure. Then producers Tom Wilson and Roy Halee remixed it with a rock track a la the Byrds’ “Turn Turn Turn” and it became a sensation. Simon & Garfunkel went on to have six years’ of hits. Now Simon, 76, is retiring from touring. He and — very likely– Garfunkel will have a huge finale sometime this summer at Madison Square Garden.

Disturbed? Have no idea who they are, but the royalties are pouring in. It’s all good.