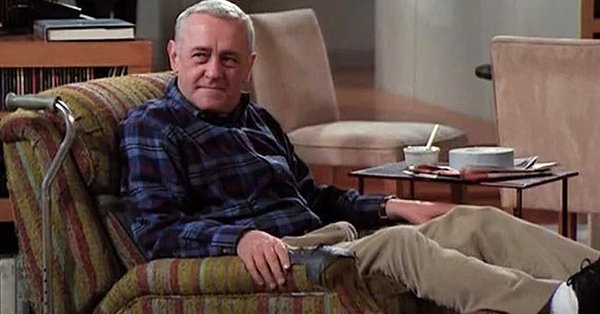 Mahoney was nominated for two Emmy Awards and two Golden Globes for his role as Martin, Frasier’s blue collar father with a twinkle in his eye who always knew more than he let on.

Mahoney was born in England but became American when his family moved here in 1959. Although he didn’t start acting until he was 37, Mahoney came to prominence with the Steppenwolf theater group in Chicago, where he appeared in countless plays. He finally hit it big playing the man who flirts with Cher’s mom (Olympia Dukakis) in John Patrick Shanley’s 1987 movie, “Moonstruck.”