I don’t really know what’s going on here. Donald Trump posted his Fake News Awards to the GOP website. The site crashed and caused pandemonium. I took the time off to watch David Letterman’s exceptional interview with the real president, Barack Obama. Obama was so erudite and insightful that I forgot all about this crap.

Now the GOP site is back, without mention of the awards. Gateway Pundit, another group of numbskulls, posted a list of 12 awards. CNN, the New York Times, and ABC News did very well. It’s amazing to me, and no doubt to you, that Trump had time for this but not to reassure the people of Hawaii, or to do something other than play golf on Martin Luther King day, or to try and correct the impression that he labelled a huge part of the world a “shit hole.” 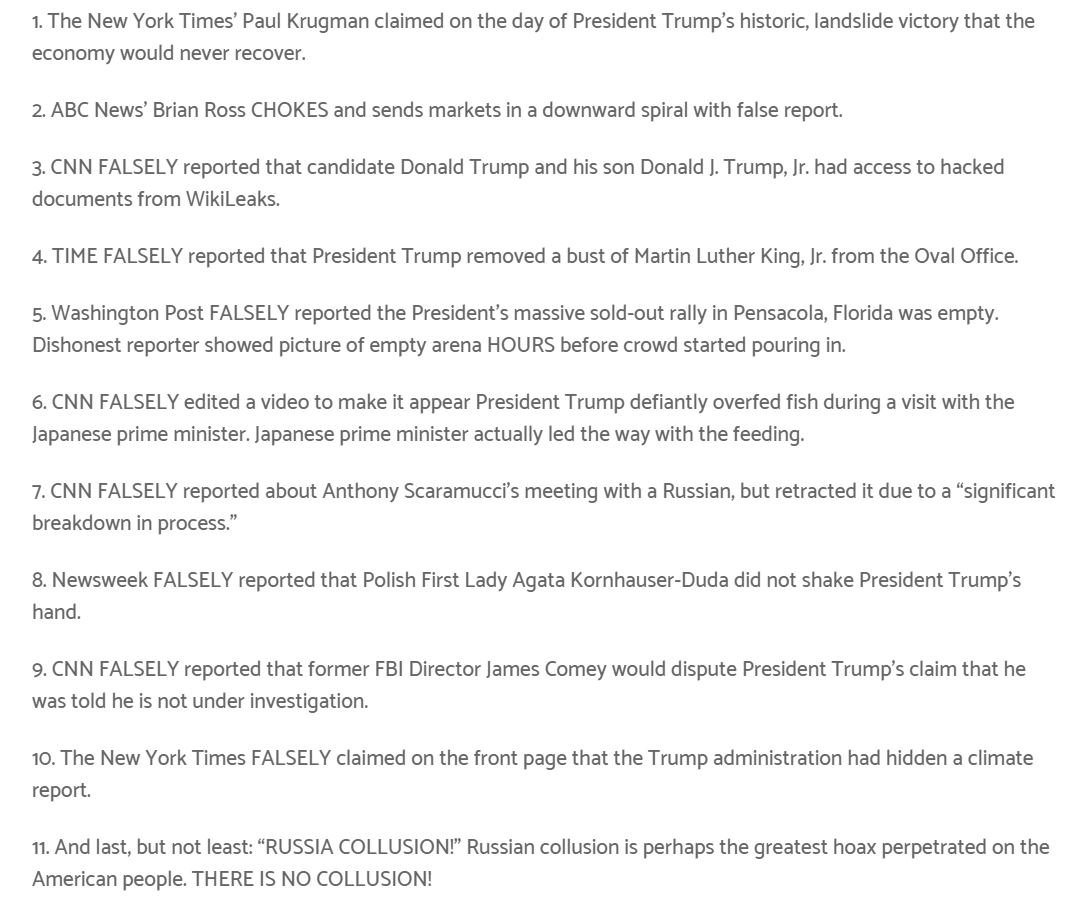