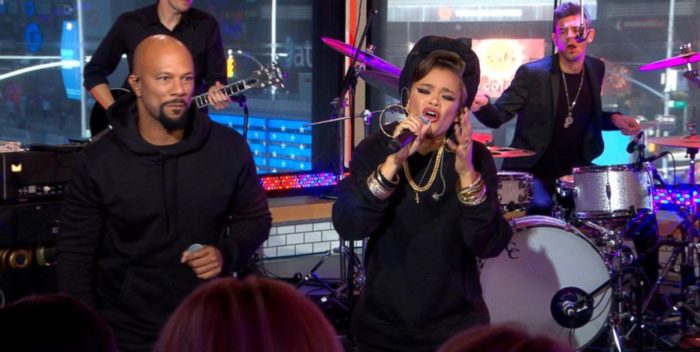 Movie music is in the air.

DIANE WARREN: Andra Day and Common performed “Stand Up for Something” last night on Stephen Colbert. The song by Diane Warren is nominated for the Grammy and SHOULD be an Oscar nominee as well. Check it out.

PHILIP GLASS: Count red Hollywood hot Director/Writer J.J.  Abrams (and Angelina Jolie who brought her kids to the LA Hollywood Bowl premiere) as devout fans of “Jane,” the National Geographic’s mesmerizing documentary awards contender, directed by Brett Morgen. The film, about the trailblazer conservationist Jane Goodall, is receiving kudos worldwide.  Abrams recently hosted a screening/reception in LA.  J.J. is also a huge fan of the score by legendary composer and three time Oscar Nominee Philip Glass, who at 80 years old has never brought home the golden statue. This hopeful nomination would mark the first time that a documentary score has been nominated.  Music lovers are still peeved that the esteemed Glass did not win for his work in the acclaimed “The Hours.”  So he’s overdue to win now.  Academy, you listening?

Check out an abbreviated one minute and 19 seconds sample of Glass’s glorious score: