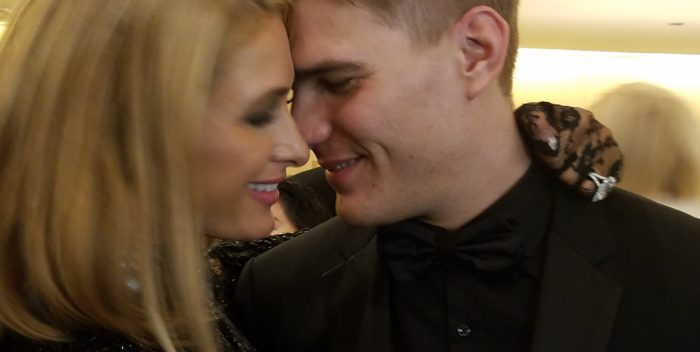 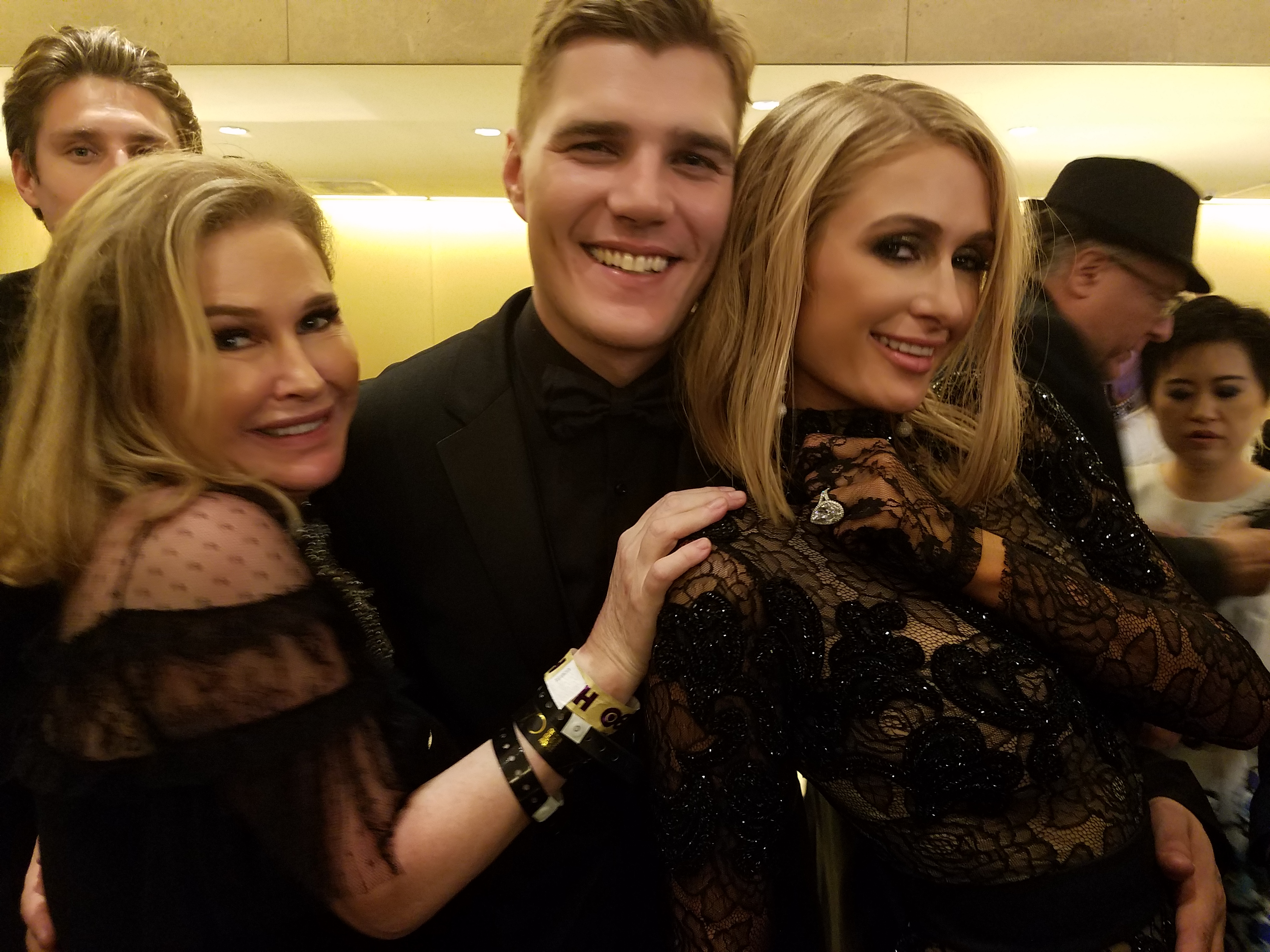 There is no one more fun, or slyly smarter than Paris Hilton. I’ve known her and her family– dad Rick, mom Kathy, superstar sister Nicky– a long time. So it was a real treat on Sunday night after all the Golden Globe parties to run into Kathy, Paris, and Paris’s fiancee Chris Zylka at where else?– the Beverly Hilton– as I was coming and they were going home.

They were accompanied by a few friends including the great rock and roll PR man Elliott Mintz, who is the premier John Lennon exit, is ever faithful to the legendary Yoko One, and once repped both Bob Dylan and Diana Ross.

Kathy looks sensational and she is now a grandmother to Nicky’s two children. I know Kathy’s sisters are famous to reality show fans, but this grandma is the leader of the pack– very funny and full of adventure. Of course, she’s helping Paris plan her wedding to Zylka, who will star this year opposite Jessica Chastain and Kit Harrington in Xavier Dolan’s “The Life and Death of John Donovan.”

Paris and Chris are in love. Look at the pictures I snapped at 1am. “We haven’t been apart yet for more than three  hours at a time,” Paris declared. She is radiant.

So when is the wedding? “This year,”she said. “And I swear, we will have baby by the end of the year. I’m ready!”

She’s also got a named picked out. “The first one will be called London,” she said. “Boy or girl.” What if she has twins? “If it’s a girl we’ll call her…Paris!”

And what was on the agenda for Monday? “I’m flying to Chicago to close a major deal,” she said. “People think I’m an airhead, but I’ve got [dozens of lines] of jewelry and perfume.” She laughed. “They don’t know what to do.”