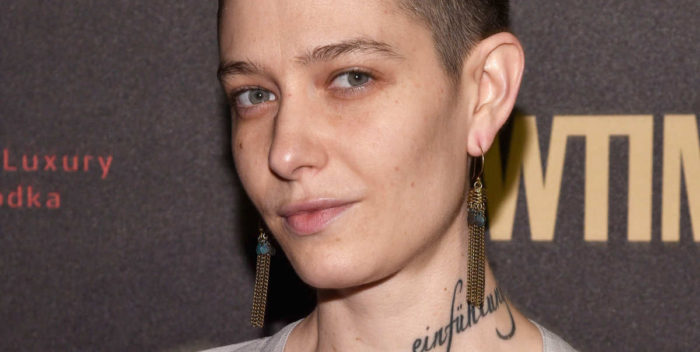 Asia Kate Dillon, an actor whom I just love from Showtime’s “Billions,” has scored a first: a non binary actor who was born a woman and nominated as Best Supporting Actor from that show by the Critics Choice Awards.

Dillon prefers to use the singular “they” pronoun, which isn’t grammatical but hey– we’re in new territory here. They plays Taylor, the genius assistant to Damian Lewis’s Bobby Axelrod on the show. Dillon is not the only nominee from “Billions.” The great Paul Giamatti scored a Best Actor nomination, as well.

For some reason “Billions” doesn’t get much love from awards groups. It’s one of my all time favorite shows and I know it has a big following. Lewis, Giamatti, Malin Akerman, the show itself, all deserve a lot of awards and nominations.

Dillon comes to “Billions” from “Orange is the New Black,” so they are not unknown. But Dillon is just terrific on “Billions,” a real breath of fresh air. So Bravo, in any category and any pronoun!