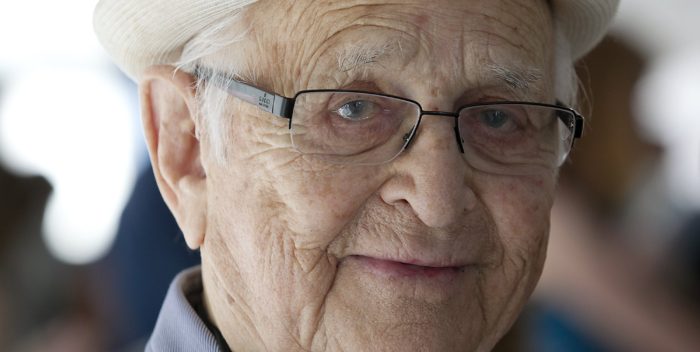 Norman Lear, age 95 and about to be honored by the Kennedy Center, never stops. He is some kind of living miracle. Today a casting call went out for his new series. His NEW series. In the 1970s, Lear produced landmark comedies like “All in the Family,” “Maude,” “The Jeffersons,” “Good Times.”

Lear already has a hit Latino version of his 70s sitcom “One Day at a Time” on Netflix. But he’s not going to stop there.

Last year at the Austin Film Festival, Lear and Tolan tested out a reading of a pilot script. Robert Walden (from “Lou Grant”) and Oscar nominee June Squibb (“Nebraska”) played Murray and Patricia, a Jew and an Irish Catholic who fall in love when Murray’s wife who’s also her sister, dies. You can see a clip here: