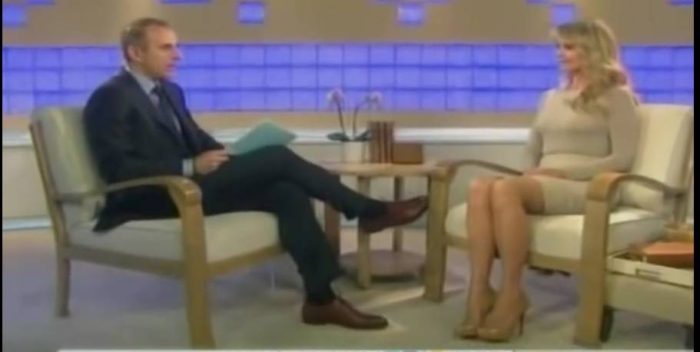 Matt Lauer is not going to find much sympathy back in the Hamptons, where his wife and kids live most of the time without him.

In the interview, which I stumbled on this morning, Lauer seems to turn on Brinkley and starts making her sound like the guilty party. Lauer changed the subject, leaving little time to talk about “Chicago.” It’s instructive to watch now because he seemed to have no sympathy for her but plenty for Cook. At 4:21 in the video below, Lauer says: “There are two sides to every story. What I keep thinking about is you’ve got kids together…I’m trying to think of this poisonous atmosphere,” he says, as if she caused the situation.

In the end, Brinkley– who came for a Broadway plug– starts to cry. Nice work, Matt.

I reached out to Christie this morning for a comment. She said:  “I was on the Today show to talk about my role in the musical Chicago. But Matt Lauer had other ideas. His aggressive treatment of me that day seems to speak more about his own issues with women.”