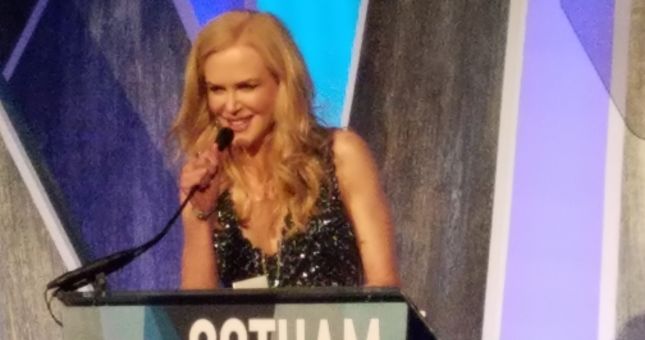 Nicole Kidman tells me exclusively she and Keith Urban have not bought a $50 million mansion on New York’s upper East side. “I couldn’t believe it when I heard it,” she said. “We were laughing. Did you see the pictures??”  She added: “Where did that come from?”

Nicole received a Lifetime Achievement Award at Monday night’s Gotham Awards in New York. She was introduced by Reese Witherspoon and then went on to give a beautiful speech. Here it is: