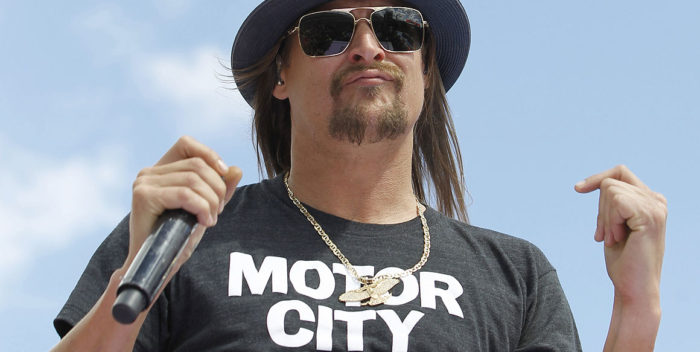 Wasn’t Kid Rock thinking about running for the Senate? If album sales are as good as a political poll, I can see why he dropped the idea.

His new album, “Sweet Southern Sugar,” has sold just 38,100 copies since its release on November 3rd. Most of those sales were on the first weekend. Since then, Kid Rock, aka Bob Richie, who Carson Daly once told me was his “best friend,” has not moved many discs.

For that reason, the album price has been dropped to $6.99 at least at Best Buy if not other retailers. The Best  Buy sale is through November 26th, but I bet it remains longer or moves up to just $8.99.

It’s not just Kid Rock’s right wing stance. There’s just no action on the album– no single, no airplay, etc. And no publicity. Surprisingly even though Kid Rock’s audience would seem like it’s red states, etc. the most sales have been in New York, LA, Chicago and his hometown of Detroit.