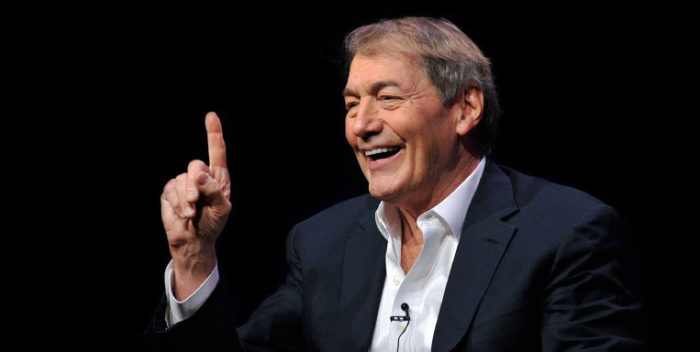 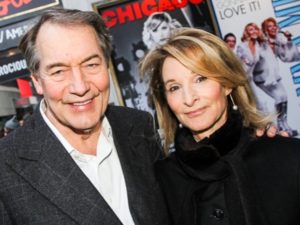 The stunning career demise of Charlie Rose — made even sadder because of his intellect and talent — will strike chords in many places you may not be aware of.

As CBS, PBS, and Bloomberg remove Charlie from everything connected to them, the results are going to cause seismic waves in New York and Washington society as well as media.

First and foremost is that since 1993, Charlie’s lady friend, girl friend, whatever you want to call it is Amanda Burden, 73. She is the stepdaughter of the late William S. Paley, founder of CBS. Burden’s mother was Babe Paley, the most popular and well known society hostess from the Fifties and Sixties. Truman Capote was her best friend until he wrote cattily about her in a book that detailed her and her friends’ lives, especially the first ever Black and White Ball.

Through Burden, Rose’s connections spread far and wide and gave him entree to powerful people all over the world. Amanda Burden, though she has worked hard to create a professional profile, is basically an American princess, with family ties to names like Roosevelt, Vanderbilt, and so on through her mother, and everything in media through Paley.

Burden’s marriages– she was born Amanda Mortimer– were to socialite Carter Burden and to Warner Communications founder Steve Ross. She divorced both of them. Rose and Burden do not live together and have had several ups and downs. At one point they had a nasty tabloid break up but then got back together. Burden, through the years, has turned into a city planning expert and now works for Mike Bloomberg.And that’s a problem for Charlie since the two networks he works for– CBS and Bloomberg– are each tied to his girlfriend.

It was Bloomberg News that saved the Charlie Rose show years ago when PBS didn’t have the funding for it. The show became a hit and had resources once Bloomberg got involved. It’s shot in the very amazing Bloomberg building at 58th St. and Lexington Avenue. This is a far cry from the PBS HQ on West 58th St. and Eighth Avenue. It was as the new Charlie Rose show took off that Rose started appearing on “60 Minutes” and eventually hosting “CBS Morning News.” It’s no coincidence that Amanda Burden was the unseen hand behind all this.

But the revelations can’t be new to Burden, who probably knows all about Charlie’s personal life. Fed up, she could easily be a source for the stories as Bob Weinstein was for his own brother.

And what now? The Charlie Rose Show archives are immense and important. No matter what he’s done in his personal life, two decades of interviews with politicians, artists, actors, etc can’t just be erased– indeed, quite the opposite. Mike Bloomberg’s not going to throw them out. So stay tuned. In 20 years, people will be viewing them well apart from the scandal.