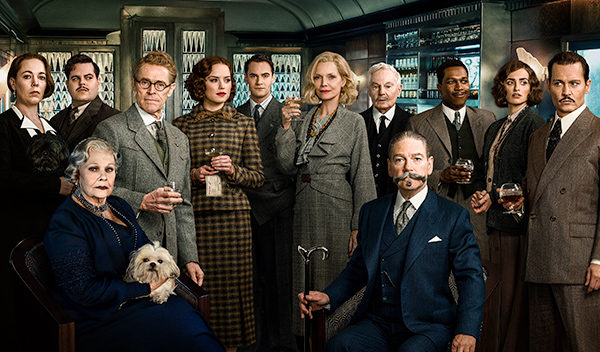 People like brands. Hollywood knows that. So six of the top 10 movies this weekend were tie-ins to prior movies or books.

Despite having terrible reviews, “Daddy’s Home 2” took in $30 million this weekend according to estimates. The original movie opened two years ago to a $38 million weekend.

Even though it’s said to be boring beyond belief, the new version of “Murder on the Orient Express” did $28 million. It’s nowhere as good as the 1974 version, but it’s a title people know.

“Thor” is still number 1 after three weeks (it’s not garbage but it is a comic book). “Thor” is part of the Marvel series of films that now gluts all-time charts.

“Bad Mom’s Christmas” also held up in the number 4 spot. (It’s probably garbage but I want to see it. On a plane.) It’s the sequel to “Bad Moms.” “Bad Moms Mother’s Day” has to be next.

The number 6 movie is Tyler Perry’s latest Halloween Madea movie. There are a lot of Madea movies.

Even as we speak, more reboots, revivals, new takes, sequels, three-quels are being prepared. Disney has just announced a new “Star Wars” trilogy after the current one is done. “Star Trek” is on CBS All Access and will likely return as a movie. And so on and so forth. Next spring comes the fourth ever “A Star is Born” movie, with Bradley Cooper and Lady Gaga. It won’t be the last.