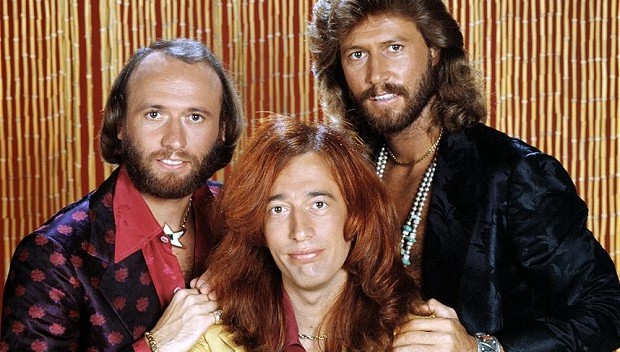 Look out, Broadway. The story of the Gibb brothers is coming to Broadway. The show will not be called “I Started a Joke.” No, sorry. But “Nights on Broadway” has a ring to it, no?

Universal Pictures’ live division, Universal Theater Group, has acquired the rights to the life stories of the Bee Gees, it was announced today. Barry Gibb, the surviving member of the group, will be executive producer.

The release doesn’t mention Andy Gibb, but other wise the musical– and no doubt eventual movie– will cover the lives of Barry, Maurice, and Robin.

The Bee Gees came from Australia and conquered the US, the UK and the world in the 60s with songs like “Holiday,” “Words,” “Massachusetts,” ” New York Mining Disaster,” “Lonely Days,” and “Run to Me.”

By 1972 they were sort of done, written into the history books as a pleasant pop group. But then in 1975 they hooked up with Atlantic Records records producer Arif Mardin for a massive number 1 hit called “Jive Talkin.” They put out a literally great album with Mardin called “Spirits Taking Flight.” And then we thought they were done, a last gasp since disco was in, punk was in, and so on.

But no! Then came came “Saturday Night Fever,” and well, you know what happened next. That was 40 years ago and you can’t stop humming “Stayin’ Alive.”

Sub plot: Sadly, their younger brother, Andy, became a pop star and then died of myocarditis at age 30 after shooting to fame, becoming a drug addict, going to the Betty Ford Clinic and declaring bankruptcy.  Also, he dated Victoria Principal from “Dallas.”

Later, even more sadly, both Maurice and Robin would die from cancer.

But the Bees Gees musical will end not with death but a disco ball, and white pants suits.