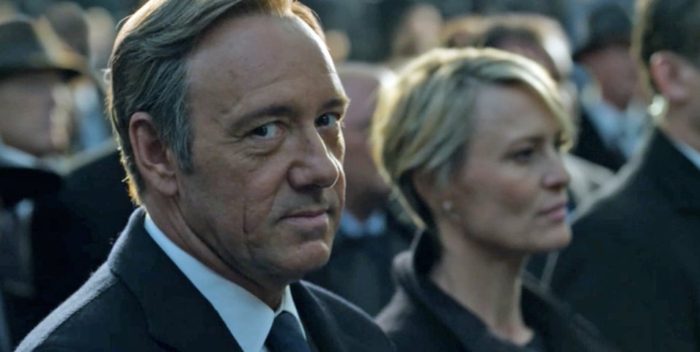 Originally the company was going to finish Season Six and end the series because of Kevin Spacey’s  sudden scandal. But even that looks impossible now.

This could give the writers a chance to rewrite the season and the show’s ending. Even though Netflix claimed yesterday that they had already decided to end the show with Season Six, my sources say that’s not so.

“They were preparing for a seventh season,” says an insider. “All the contacts were going to be renegotiated.  The seventh season was when the cast was going to make big money.”

When Season Five ended, Spacey’s Frank Underwood had been replaced by his wife Claire (Robin Wright).  I’m told one option now is to kill Frank off and make the final season a who dun it. At this point, Wright could carry the show easily to the end without Spacey. Stay tuned…