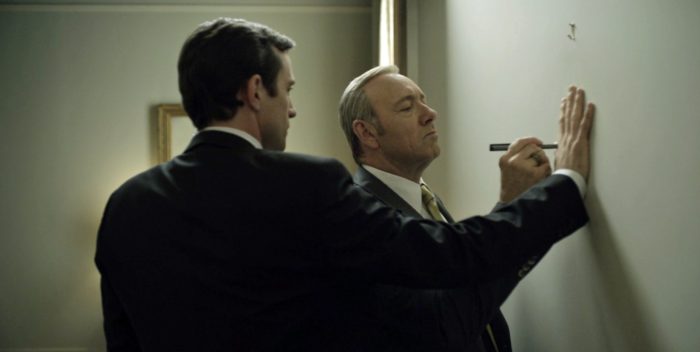 A few years ago, Kevin Spacey started a charitable foundation. As with most celebrities, that was probably a mistake. The financial filings are a little strange.

Let’s start with the board of directors. The latest filing shows Kevin, his accountant, and actor Nathan Darrow. “House of Cards” fans will recognize Darrow’s name. He played Spacey’s secret service agent, Edward Meechum, lover of both Spacey’s Frank Underwood and his wife Claire (Robin Wright) for three seasons until he was killed off.

As far as I can tell, Darrow has no experience with running charities. He has since appeared on “Billions” and a few other shows.

In 2015, the fourth director of the Kevin Spacey Foundation was Todd Rosen, who was paid $114,583 to be fundraising director. Rosen is now the managing director of the Shakespeare Theater of New Jersey. But it’s unclear what funds Rosen raised. According to the Form 990, the one event sponsored by the charity ended up in the red. There is no listing of donors to the charity.

The expenses of the Kevin Spacey Foundation are very non specific. In 2015, they wired $615,388 to Europe and Iceland for “general support,” whatever that is. Pace University received $50,000.