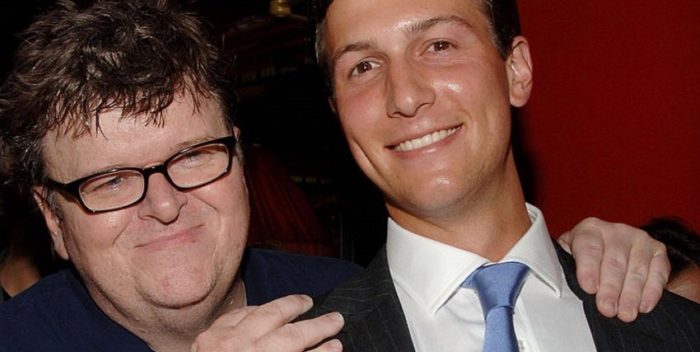 Donald Trump slagged off “sloppy Michael Moore” and his just closed Broadway show as a “bomb.” Moore retaliated on Twitter. Trump did this just to gin up his base of crazy people, and distract them from the coming indictment tomorrow of one of his top people– either Paul “Russky” Manafort or Michael Flynn. Still, Moore’s 11 part Tweet was worth nothing, especially number 11 about Jared Kushner. Trump, of course, is wrong. Moore’s show was the high grossing play of the summer. It was so successful that Moore is taking it on the road. Trump is a funny one to criticize anything on Broadway. I doubt he’s seen a show other than “Cats” in the last 30 years.