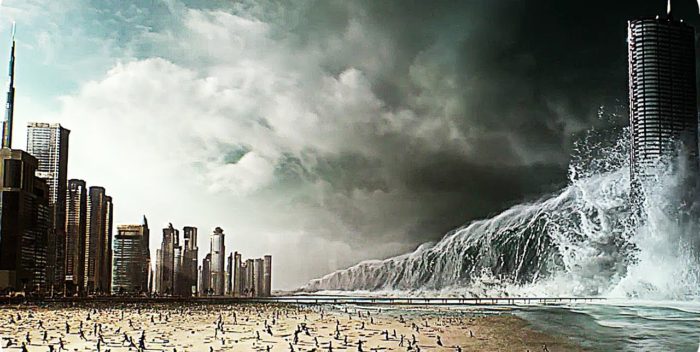 More bombs at the box office this weekend than in World War II at Normandy:

“Geostorm” with Gerard Butler failed to clear $14 million in wide release with $13.3 million. This thing cost around $150 million.

Sony’s “Only the Brave” with a lot of fine actors includung Josh Brolin made $6.1 million. It cost $40 million, give or take.

So interesting that “Wonder Woman” was such a hit this summer, yet no one cares about Wonder Woman’s origins. “Professor Marston and the Wonder Women” is dead on arrival. So is Andy Serkis’s “Breathe” (which should have been strangled).

Meanwhile, “Marshall” fell by 50% from last week. “Mark Felt” is not being felt by anyone. And “Wonderstruck,” a critics’ favorite, has the audience turning a deaf ear.

Good news for “The Florida Project,” which is finding a deserved audience. And Tyler Perry, despite his new Madea Halloween movie “Boo” being dreadful, scored $21 million and finished in first place.

I’m happy to say that “Victoria and Abdul” is surviving this bad period nicely. They picked up another $2 million over the weekend. It’s just a lovely real movie. Go see it. Judi Dench should never be ignored.

PS My friends at Annapurna are having severe marketing problems. “Detroit” just collapsed this summer. “Brad’s Status” stiffed and is gone. “Marston” is as good as gone. Good movies, but no good reach out. No campaigns. They can fix that. They must.