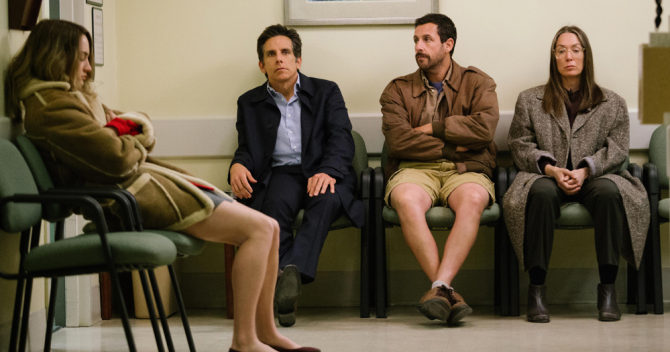 The IFP Gotham Awards, set for November 28th in New York, have added two names who will receive honorary awards. Dustin Hoffman will get an acting nod, and Sofia Coppola will be recognized as a director.

Previously, Nicole Kidman was chosen for an actor’s honor as well.

These nods are separate from the actual Gotham Awards, but may be a signal about those nominations. All three of the honorees are in films eligible for awards. In fact, Coppola directed Kidman in “The Beguiled,” a very Gotham Awards type movie. And Hoffman is getting raves for his role in Noah Baumbach’s “Meyerowitz Stories.”

Other potential Gotham nominees could be “The Florida Project,” “Call Me By Your Name,” “Lady Bird,” “Wonderstruck,” “Wonder Wheel,” and “Detroit.”

I wish the Gothams would check out a movie I saw last night which will debut on iTunes next Tuesday: “Good Enough” by Anna Rose King. It’s an indie debut by a female director who wrote her own script and stars in the film, too. It’s perfect for either the Gotham or Spirit Awards. More on “Good Enough” tomorrow.