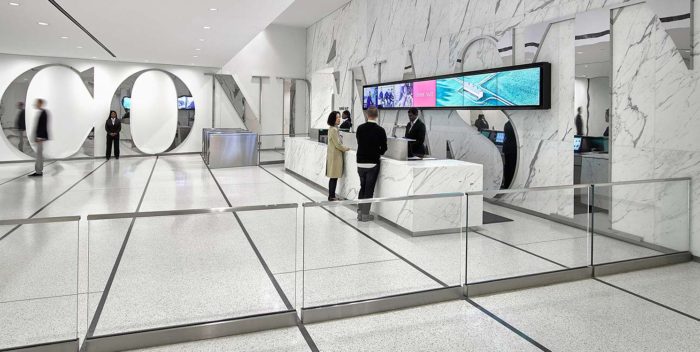 S.I. Newhouse, known as “Si,” has died at 89. His family bought Conde Nast magazine publishers in 1959, and he ran it the rest of his life. Under Newhouse, Conde Nast — named for the original publisher whose name was actually Conde Nast — flourished as a powerhouse. In recent years Newhouse had been out of commission. He last photographed in public in June 2016, but before that in 2011.

If you wondered where Anna Wintour came from, it was Newhouse who sort of invented her. He brought her to the company from New York magazine, where she was a writer, and commissioned her with saving House & Garden. The opposite happened, but Newhouse eventually toppled long time Vogue editor in chief Grace Mirabella, and voila! the rein of Wintour began.

In the 80s and 90s, when media reporting reached a fever pitch in places like Spy magazine and the New York Observer, the diminutive Si became a legendary character. He bought and sold magazines, created and killed careers, and basked in a limelight that is all but gone now in the print world. It was Newhouse’s idea to bring Tina Brown from London to edit Vanity Fair after a failed relaunch in 1983. He also bought The New Yorker, which everyone thought would kill the venerated literary magazine. Instead, it thrived.

The Newhouse era of publishing was so go-go that in 1980 Newhouse and its family company, Advance Publications, bought Random House. They held onto it for 18 years and that built a powerhouse of editors and writers who went back and forth between the companies. At Conde Nast Newhouse was famous for having favorite editors– like Wintour, Brown, Alexandra Penney, and so forth. The Observer and the New York Post spent a lot of time reading “tea leaves” about where editors sat at company lunches, and who was in favor and who wasn’t.

After watching people come and go, the latest blow to Conde Nast is the departure of Graydon Carter, editor of Vanity Fair for 25 years. He could see the writing on the wall. Si Newhouse hasn’t run the company for years, advertising is way down, and revenue is not what it was. Big layoffs are coming. Carter’s successor will not have the town cars and the perks that he did, or even Tina Brown.

On a side note, last week also brought the passing of Mary Louise Masi, who was 95. Mrs. Masi had been Conde Nast photographer Irving Penn’s hand re-toucher from the late 1940s to his death to his later years when computer retouching came in. Penn, who was the premier photographer at Vogue and a legend, depended on her so much that when Mrs. Masi got married and moved to Long Island, Penn built a room onto her house in North Bellmore, Long Island so she could get his work done. She worked for Penn, and Cecil Beaton, and Alexander Liberman, the long time editorial director of Conde Nast whom Si Newhouse gave free rein until the mid 1990s.