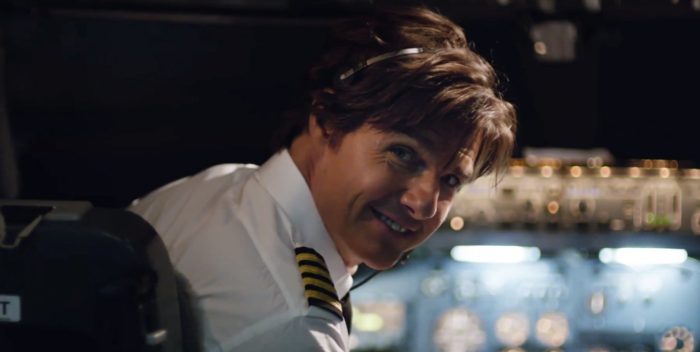 UPDATE Friday brought in $6.1 million, about a million higher than “Jack Reacher” or “Rock of Ages.” “American Made” could have a $16 million weekend, making it Cruise’s third worst opening.

Not a lot of people wanted to see “American Made” during its four week international run up to a  US opening. It’s made $58 million so far, spread out over two dozen territories.

But now “American Made” is facing a $13 million weekend– not an opening night but a weekend. The Tom Cruise thriller-suspense-comedy, directed by Doug Liman, is not going to be anywhere near a “Mission Impossible” size blockbuster.

This bad news is despite very good reviews. “American Made” has an 85 on Rotten Tomatoes, and most actual critics really liked it, not just basement bloggers.

But something is wrong. Is it the title? No one knows. The marketing problem is Cruise himself, who’s not doing any real press or giving interviews for many reasons including the death of two stunt pilots while filming the realistic flying scenes.

The movie also had no premiere (which I think sucks for Liman, who did an excellent job). “American Made” is basically opening in a vacuum.

Luckily, the other big opener today is “Flatliners,” which is so bad apparently that Sony skipped having Thursday night previews. Get ready for “Flatliners Flatlines” headlines on Saturday morning.

Advice: go see “Battle of the Sexes,” which expands to more cities today. Emma Stone and Steve Carell, as well as Sarah Silverman, are just perfect.