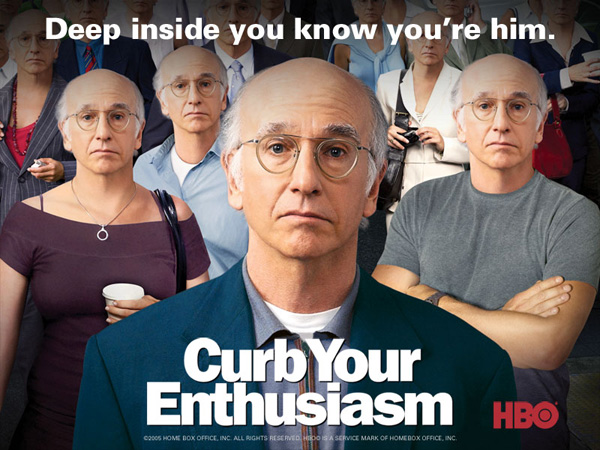 The fictional Larry David has been put in every preposterous situation the real Larry David could think of in “Curb Your Enthusiasm,” from investing in a Palestinian chicken franchise to pitting a Holocaust survivor against a “Survivor” cast member. At last night’s star studded premiere of the 9th season of “Curb,” US asked David if the fake Larry would ever “take the knee.” “Take the knee,” he replied and said, “Now that’s a good idea.”

I’m not allowed to tell you what the “Curb” story arc is going to be, but I can tell you it’s hilarious. All of the above mentioned cast is in it as well Ted Danson, who gives a surprise fake meta announcement, and Richard Lewis, of course. In Episode 5, which we also saw last night, there’s kind of a genius sequence devised by Larry and director Larry Charles involving “giving a face.” In a continuous fire of rat-tat-tat jokes, this is like a mini story arc that shows the real artistry here.

At the after party at Tao Downtown former “Sopranos” Turturro and Bracco gushed over Michael Gandolfini, 18 year old son of the late James Gandolfini. He told US he’s just started NYU where he’s going to take after his Emmy winning dad and study acting. “I was already in the Law & Order Menendez Brothers movie,” he said, “playing Erik’s friend. But I was cut from the final edit. But it was a good experience because I got to be there with Edie Falco, who was with my dad on the Sopranos.”