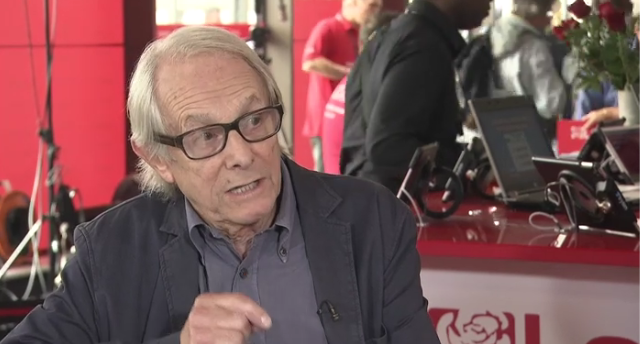 British filmmaker Ken Loach is in hot water this afternoon. He told the BBC’s Daily Politics presenter Jo Coburn that: “All history is our common heritage to discuss and analyse. The founding of the state of Israel, for example, based on ethnic cleansing is there for us all to discuss.”

This was a response to Coburn’s waffling on whether the Holocaust happened or not. Really. Loach recently signed a letter against Israel, joining a fringe group of celebrities like Roger Waters.

I’m not surprised about Loach. I’ve never liked his films. They are a total bore. But he’s a regular at Cannes no matter what he delivers. His films are like dead noise from a radio that’s lost the station’s signal. Perfect for inducing sleep.

Loach’s hidden anti-Semitism shouldn’t be a shock to anyone. He’s a huge supporter of British Labour Leader Jeremy Corbyn, and even made a film about him.