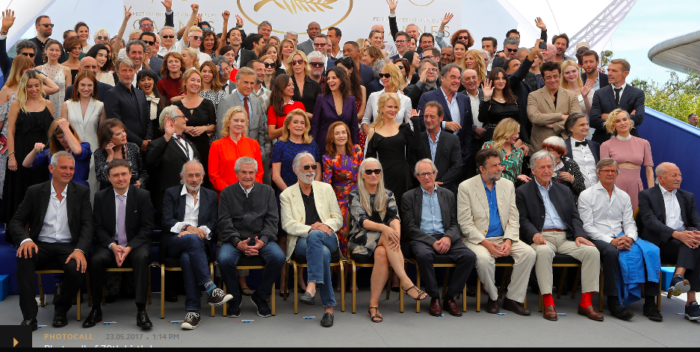 Warner Bros. has announced it’s moving Bradley Cooper’s take on “A Star is Born” up to May 18th, 2018 release.

My sources say that indicates a definite premiere in Cannes, and probably the opening night film. What glamour on the Croisette!

But listen: Cannes is moving up a whole week next year and will begin on Wednesday, May 9th! Sacre bleu! The festival should be starting on the 16th. not the 9th. Festival goers will be bringing rain coats, umbrellas, and sweaters. Talk about a cool film festival!

This past year, Cannes moved to the end of May, where it’s supposed to be. When it’s opened on days like the 12th, 13th, or 14th I can remember some pretty torrential rains. I have photos from recent years of Nicole Kidman amid seas of umbrellas!

Well, Lady Gaga will like arrive on the red carpet at the Palais des Festivals self enclosed in a rain proof outfit. Either way, Cannes 2018 is already guaranteed quite a celeb kick off!