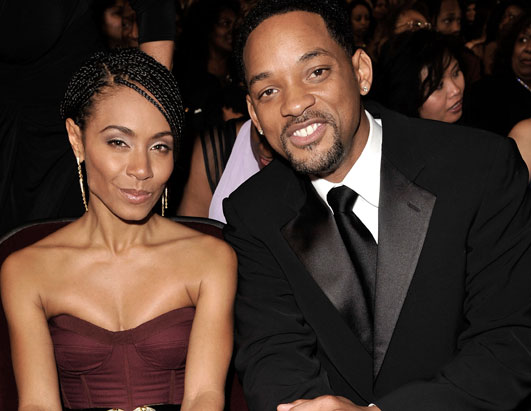 Actress Jada Pinkett Smith, disavowing Scientology, will be attending High Holiday services in Palm Desert, California. She is not Jewish. But Rabbi Andrew Bentley emailed me this message when I asked: “Just to confirm that Jada Pinkett Smith has attended our shabbat services, lit candles with us and has bought tickets and will be attending Yom Kippur and break the fast at Temple Sinai of Palm Desert.”

When I queried Rabbi Bentley what Jada’s interest was in all this, he responded:

“That’s between her and G-d. We enjoy having her and find her to be a lovely person.”

There was no word whether husband Will Smith or children Willow or Jaden will accompany her. The only connection Jada has to Temple Sinai is through her publicist, Karynne Tencer, who is a member.

Recently Leah Remini asserted that Pinkett-Smith was indeed a Scientologist, that she’d seen her a lot at the Celebrity Centre in Hollywood. This much is true: Will and Jada, for a while, were being actively recruited by Tom Cruise for Scientology. That’s when Remini may have noticed their participation. The Smiths started a private school in Calabasas, California that used Scientology study techniques. The first principal of the school instituted Scientology curriculum. (The school went belly up after a couple of years.) They donated money to Scientology organizations through the Will Smith Foundation. Will and son Jaden made a Scientology-oriented movie called “After Earth” that flopped and almost killed Will’s career.

But when Remini– who is bravely peeling back all layers of Scientology’s influence in Hollywood– made her assertion about Jada, the actress fought back. She posted: “I recently lit Shabbat candles with Rabbi Bentley at Temple Sinai… but I am not Jewish.I have prayed in mosques all over the world… but I am not a Muslim. I have read the Bhagavad Gita… but I am not a Hindu. I have chanted and meditated in some of the most magnificent temples on earth… but I am not a Buddhist. I have studied Dianetics, and appreciate the merits of Study Tech… but I am not a Scientologist.I practice human kindness, and I believe that we each have the right to determine what we are and what we are not. NO ONE ELSE can hold that power.”

Indeed, I’ve reported on the money the Smiths have donated to various religions and causes over the years. The most surprising of these was the connection to Scientology, which many consider a dangerous cult. But it may just be that the Smiths– Jada especially– is just a spiritual person trying everything. I hope she has an easy fast on Yom Kippur.