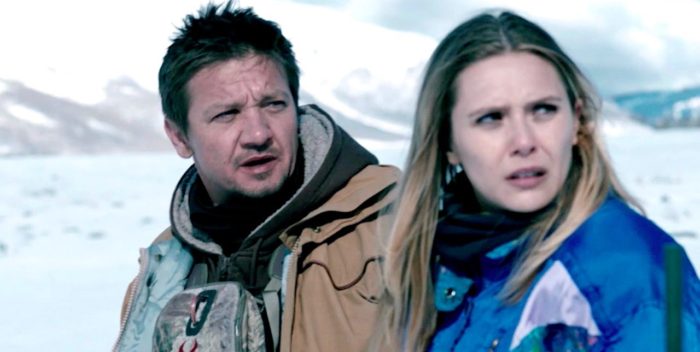 You just never know around here.

While everyone’s everyone’s been writing about the death of the box office, potential Oscar movies disappointing, etc., there’s a little engine that could: “Wind River.”

The Weinstein Company drama passed $30 million last night and is has tremendous word of mouth. It’s not far fetched to say this might be their Oscar movie, maybe so more than “The Current War.” Another late fall release, “The Upside,” should be a commercial hit and big awards magnet for Golden Globes.

Acting wise, don’t count out Jeremy Renner and Elizabeth Olsen. As a lot of other more hyped movies fall by the way side, Renner and Olsen look more and more like Oscar contenders. Right now, those crazy Oscar prognosticators– who get a lot wrong when all is said and done– are counting on movies they haven’t seen or crossing fingers for films that will not play wide and have very niche audiences.