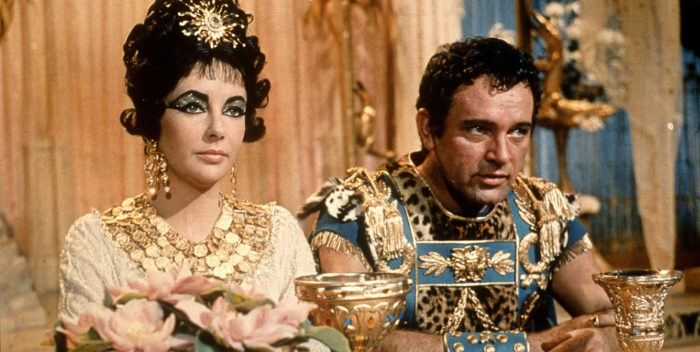 Meeting on Hollywood sets is fairly common for stars and their directors. Superstar Oscar winner Jennifer Lawrence met director Darren Aronofsky when she went to shoot his intellectual horror film “Mother!” But will they be able to outlast the movie’s negative—actually scathing—reviews and bad box office? That’s a tough one. “Mother!” not only garnered F from audiences on CinemaScore over the weekend, veteran critic Rex Reed called it “the worst movie of the century.”

Most of the A list couples who meet on movies only stay together if the movie is a hit. One example of a couple who soldiered on after a huge flop is Daniel Craig and Rachel Weisz. Their 2011 “Dream House,” directed by Jim Sheridan, turned out to be a nightmare. It made just $21 million despite Weisz’s previous Oscar and Craig’s James Bond fame. What saved them? A hit run on Broadway in Harold Pinter’s “Betrayal” two years later softened the blow. As far as anyone knows, they are still together.

And maybe the most famous example of a couple who made it past the blame phase of a movie’s failure were Elizabeth Taylor and Richard Burton. Their ten year marriage took place just after “Cleopatra” was one of the biggest failures in Hollywood history. “Cleopatra” was such a disaster it almost bankrupted 20th Century Fox. Luckily, no matter how badly “Mother!” shakes out, Paramount and Viacom will continue to make movies.

But most of the time, romance fades when success is eluded. Tom Cruise saw it happen twice—first with Nicole Kidman on “Eyes Wide Shut” and then with Penelope Cruz on “Vanilla Sky.” The experience of the original “Flatliners” was so bad that Julia Roberts literally left Kiefer Sutherland waiting at the altar. And of course, “By the Sea” was so polluted that Brad Pitt and Angelina Jolie – who directed the film they co-starred in—had the biggest split of the last decade.