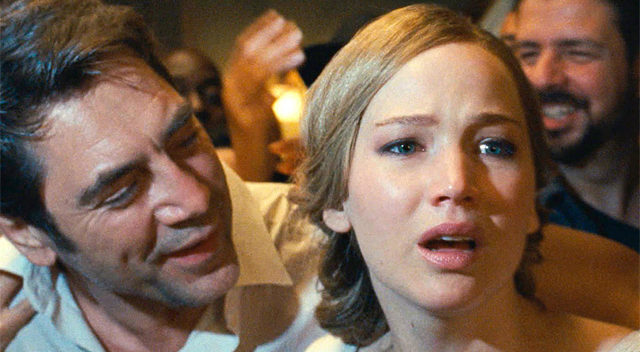 Horror of horror films: Stephen King’s “It” made $60 million its second week.

That’s EIGHT times as much as Darren Aronofsky’s “Mother!” made– just $7.5 million. That’s a half million dollars less than the low estimates from Paramount.

“Mother!” has a published price tag of $33 million. But that seems low given that Lawrence and Javier Bardem are Oscar winners, that’s she’s a huge box office star, and the cost of shlepping everyone around.

Not only that– Paramount rented out Radio City Music Hall for its premiere, flew everyone in, put them up, and had a swanky party (no press allowed so I don’t know what they served).

It’s heartbreaking for my pals at Paramount who did everything they could to market this movie. They really worked it, too, god bless ’em. And choppier waters are ahead with the disappointing George Clooney movie “Suburbicon” and Alexander Payne’s smallish “Downsizing” waiting in the wings.

But both of those should do better than “Mother!” I mean, this was not much more than the Nicolas Cage movie “Vengeance,” which made just $5,000.