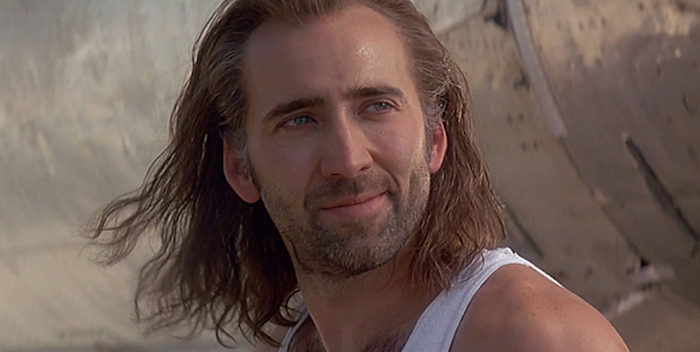 Nicolas Cage once won an Oscar for “Leaving Las Vegas.” He was the star of movies like “Face/Off,” “Peggy Sue Got Married,” and “Moonstruck.”

That was a long time ago.

What happened to Nicolas Cage, nephew of Francis Ford Coppola and cousin to Sofia Coppola and Jason Schwartzman? He was a star. But it’s been 10 years since he was in an actual hit– “National Treasure: Book of Secrets,” which made $220 million.

That Indian Jones rip off was the sequel to the first “National Treasure” movie in 2004. But Cage’s career was already sputtering to an end as he made one crappy movie after another to pay extraordinary personal bills.

“Vengeance” was his first release since 2014’s “Left Behind,” which made $14 million– with an opening weekend of $6 million.

What makes this so bad is that “Vengeance” is based on a story by famed author Joyce Carol Oates with a screenplay by David Mankiewicz. But it’s got a not well known director and co-stars include Don Johnson and, believe it or not, Charlene Tilton of “Dallas” fame.

The only advice anyone can give him is what Cher said to him in “Moonstruck”: “Snap out of it!”