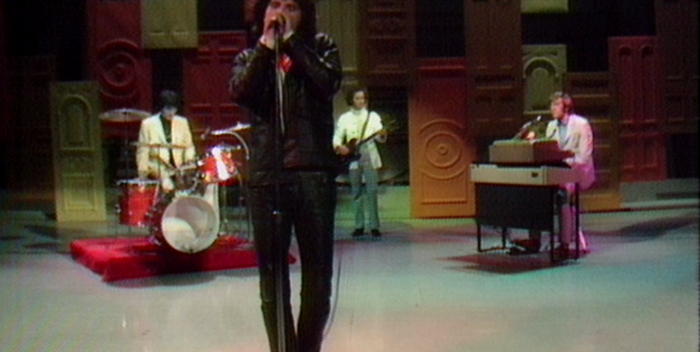 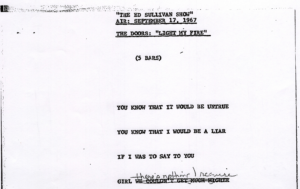 This Sunday is the 50th anniversary of The Doors’ one and only appearance on CBS’s “Ed Sullivan Show.”

They defied Ed and CBS by singing the actual lyrics to “Light My Fire,” their number 1 hit. Instead of singing ‘Girl we couldn’t get much higher’ they were told to replace it with, ’Girl, there’s nothing I require.’

Jim Morrison refused, and sang the song properly. Sullivan was furious, and the Doors never returned.

Sullivan probably thought he could get away with it. Both Elvis Presley and the Rolling Stones had previously been censored. Aretha Franklin never made it onto the show because of a dress Sullivan disliked.

Here Ray Manzarek of The Doors recalls what happened to his group.

PS The other guests that night included Rodney Dangerfield, and Steve Lawrence and Eydie Gorme.